On one of the lovely sunny days we had last weekend we set out on a very  pleasant walk to a place called Danes Moss.   It is now a Nature Reserve, although much of the original Moss has either been reclaimed for agriculture or is used as a landfill site for rubbish.   Mosses are areas of lowland peat, formed way back in the ice ages when rivers were dammed and lakes formed which gradually silted up, were filled with trees and vegetation which rotted, but without oxygen to complete the process, peat was formed.

The right to dig peat for burning in fires and furnaces was granted to some of the old Macclesfield inhabitants who owned land in the town.   Gradually, the rights were bought up and commercial companies dug peat for mainly horticultural purposes until 1966.   The the land was left, and became a wildlife refuge and a place where rare mosses and plants grew. 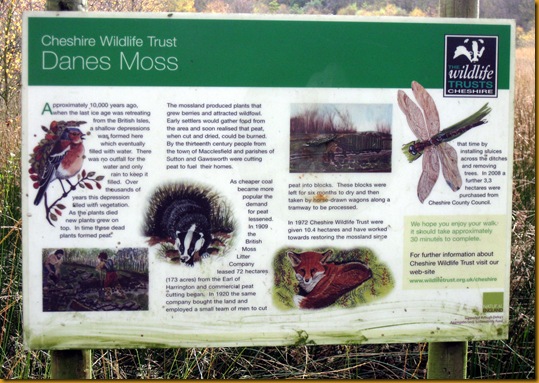 The start to get to Danes Moss goes down a hollow way – probably very old and worn down between the fields.   Trees have had to grip hold of the banks 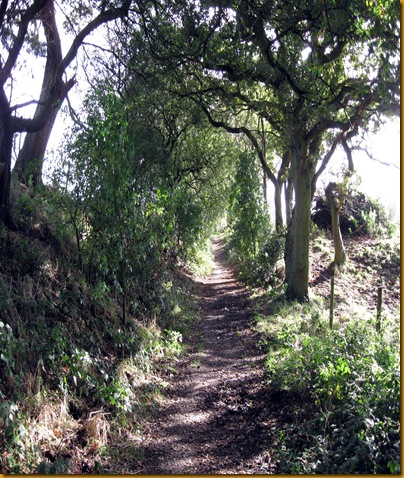 After a bit the path turns, and the view opens up to the hills beyond. 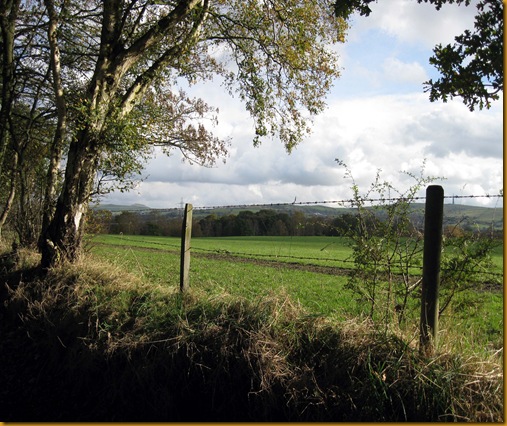 Eventually we could see the entrance to the moss and we were very surprised to see that a small plantation of old larches had been felled.   Actually I was quite glad as I had always found it dark and spooky! 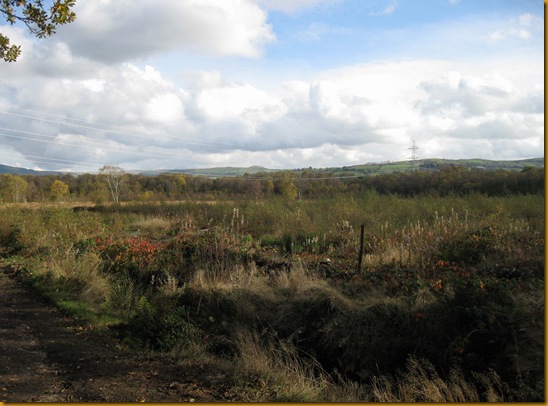 We were also surprised to find that a boardwalk had been built across the marshy and wet areas. 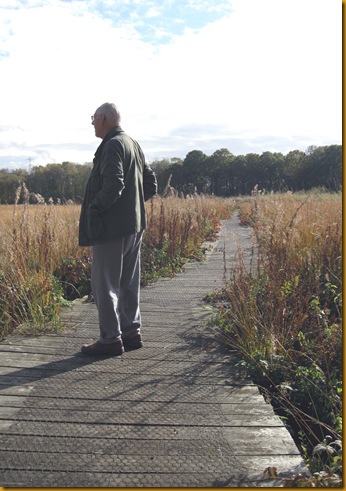 We set off along it, and it had obviously been there a while as there was plenty of vegetation growing round it. 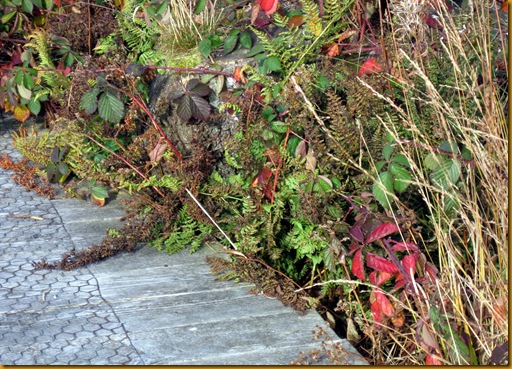 The boardwalk then entered the woods, and it was here we made the mistake of not turning back!  Although it was very pretty in there! 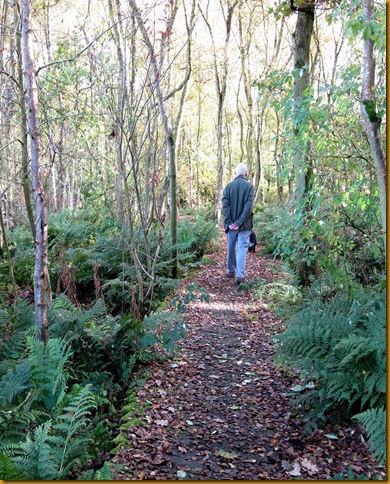 The board walk suddenly ended and we were faced with a very muddy path, with gloopy mud thick in places and some tricky bits for me to negotiate!   the planks were lethally slippery, and I cannot walk unless my stick is on firm ground!   In the end I had to sort of crab sideways and slide my feet.   Mr.G was getting cross as he thought I would fall in the muddy ditch! 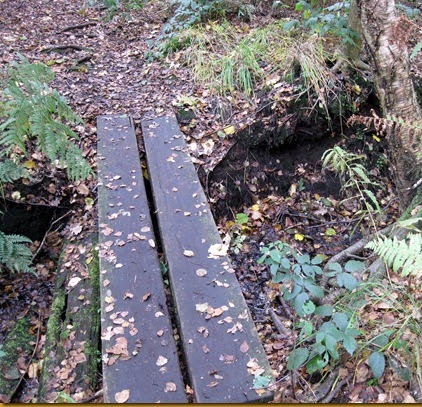 In places you could see the sleepers from the railway tracks which the peat diggers had used.   Horses would pull the loaded trucks down to the canal where they could be loaded onto narrow boats and moved across the country cheaply. 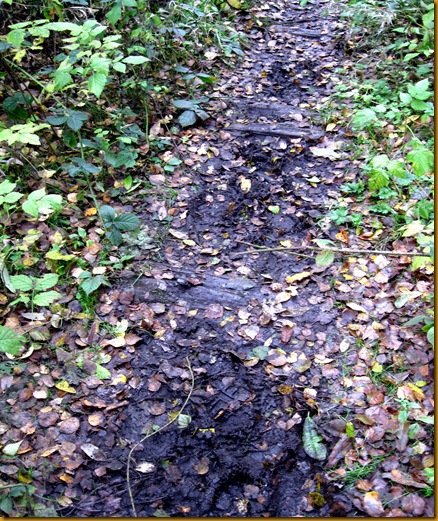 Unfortunately several of them had nasty bits of metal sticking to trap the unwary! 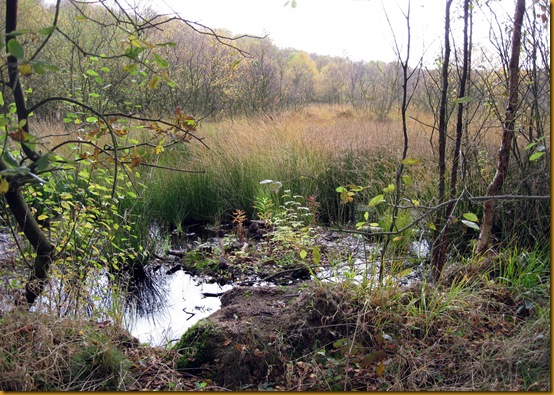 We finally made it out of the woods to where we had thought we would arrive at miles back!   It was really a horrendously long walk, and too much for me, but we couldn’t go back so we had to go forward, or we’d be sitting in gloopy mud now!

There is a lot of mud about and on our walk at the weekend, we saw a lady who had slipped and broken her ankle (I think) being rescued by the mountain rescue people. So be careful!!! xxxxx

Such a lovely, lovely place -- beautiful ferns and Virginia creeper -- I wonder what you call it in the UK?

I'm glad you didn't fall. Your photos are always so charming.

Beautiful though, Gilly! Hope you have recovered now? Lesley x

I am sure all that walking you and Mr. G do is what keeps you young! It amazes me that you walk that far and over all kinds of terrain! That was a beautiful place. Thanks for sharing.