Well, actually, it was February winds, and not so much winds, as hurricane force blows!   If you are in the UK reading this, then you will know all about the gales and the torrential rain, and possibly have been affected, in which case, I hope things are improving for you and that not too much damage has been done!   If you are in the States, or anywhere else, you may have read about our gales and resulting floods, but have had your own unprecedented cold spell to cope with, with deep snow and ice!

What we really want is some warm sunshine and settled weather! 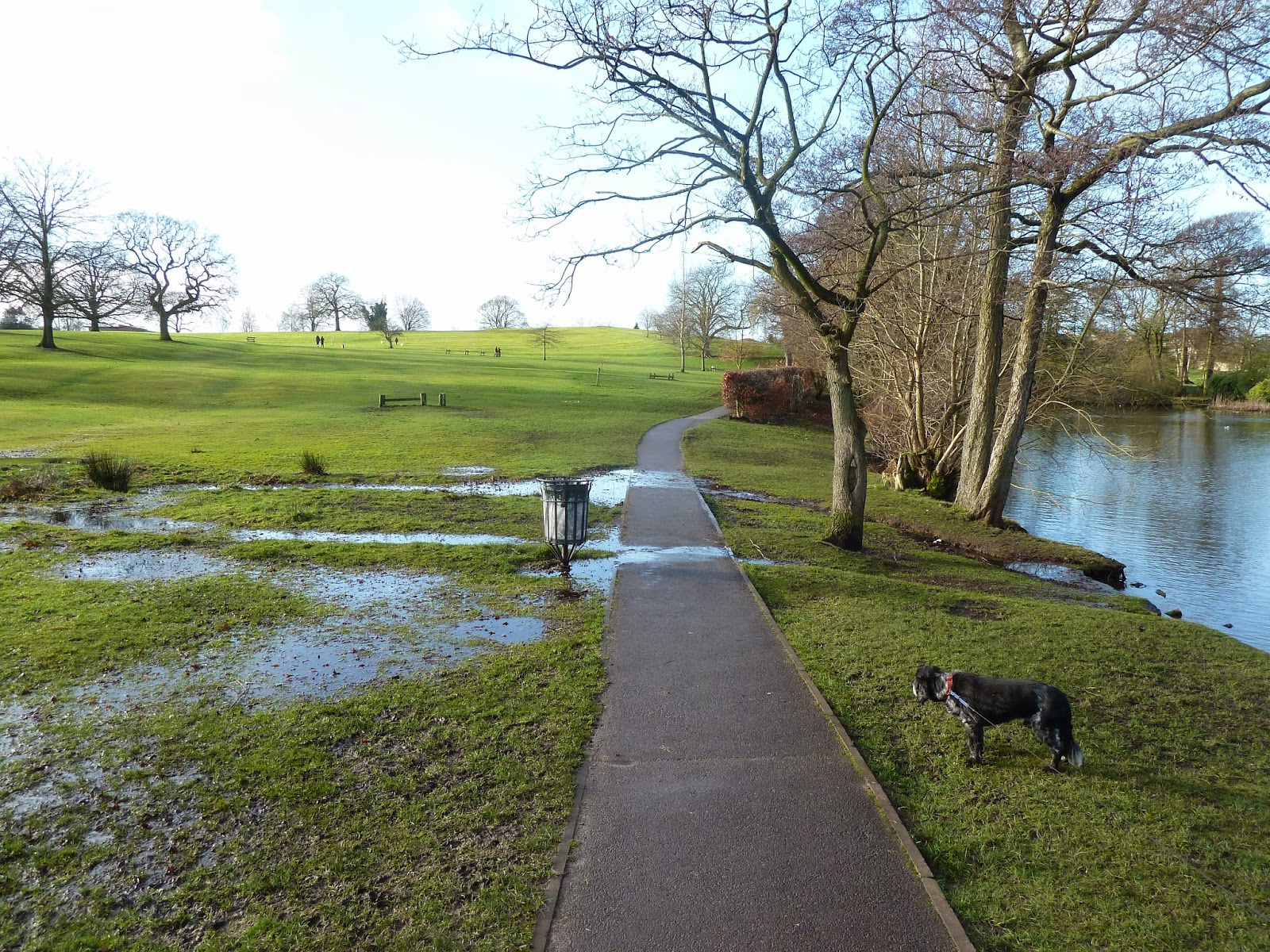 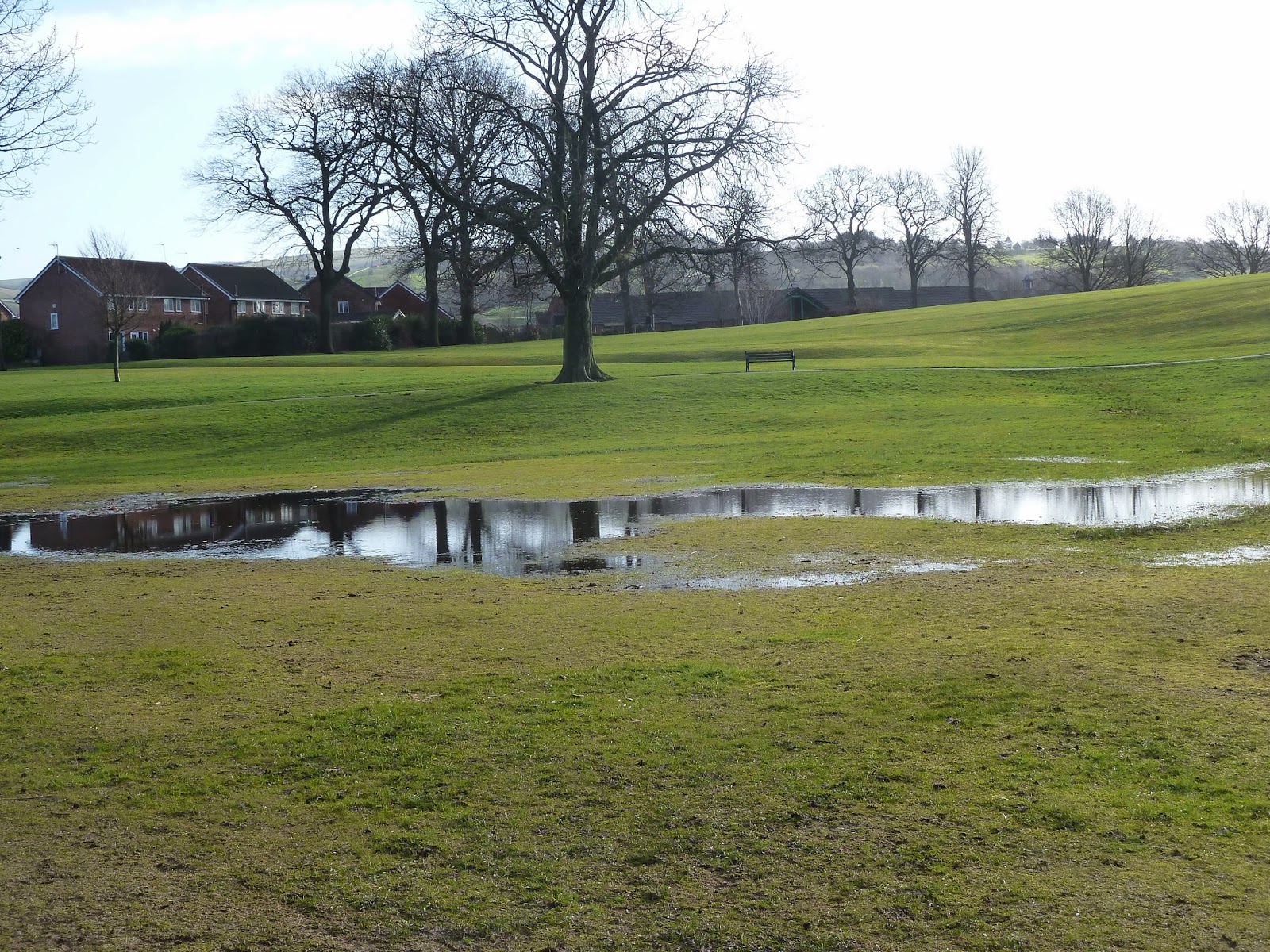 Which meant you couldn't really walk across the grassy bits! 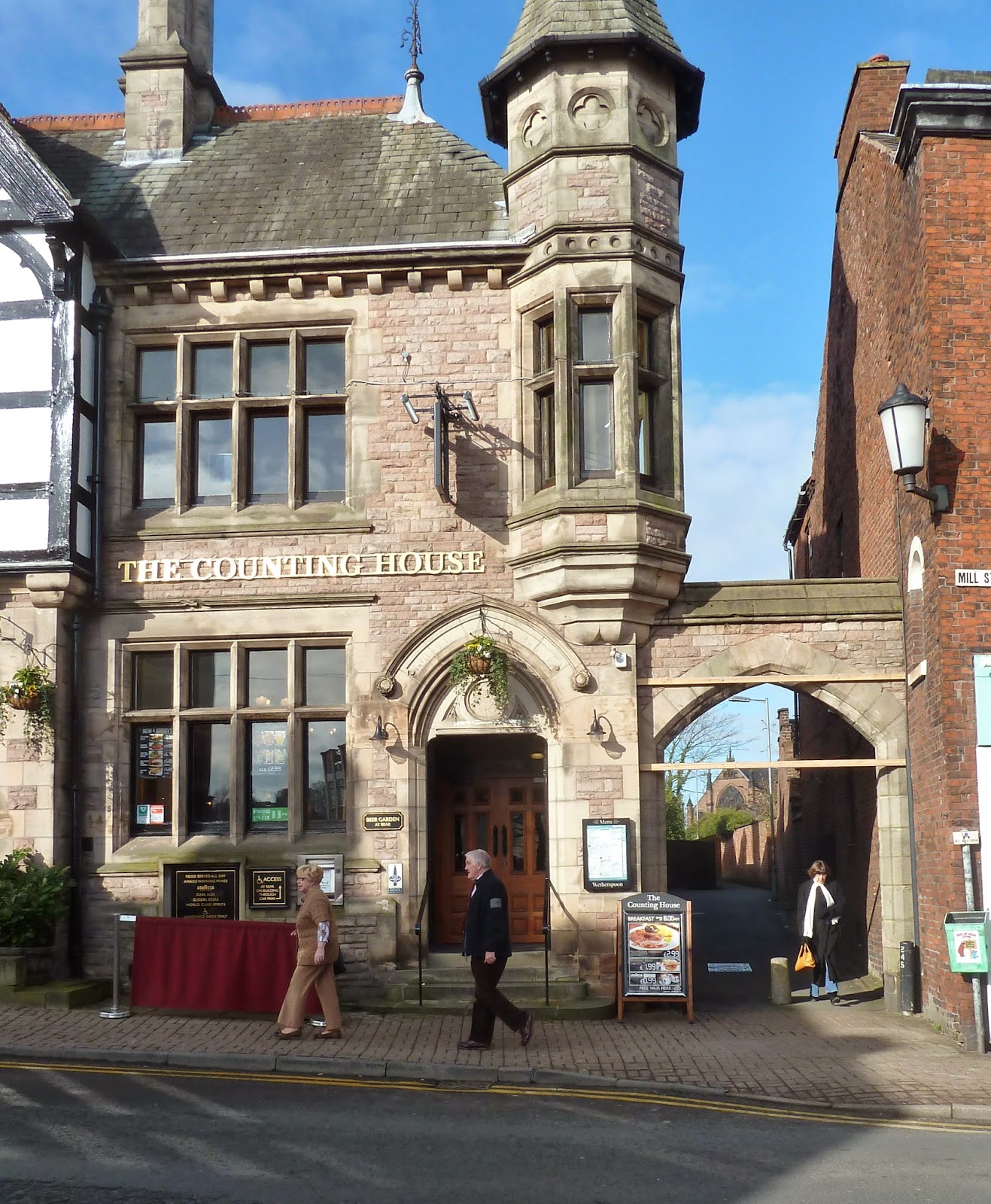 However, we did get some better weather for a while, and took the opportunity of going over to a neighbouring town.   Congleton is another mill town, like Macclesfield, but they also wove cotton, as well as silk.    Its a bit smaller than Macclesfield, but has a great market on Saturdays.   We went over and I could have bought pounds and pounds of vegetables, they all looked so fresh and nice!   However, there are only two of us, and we would never eat it all!   We did buy some lovely fresh shrimps (caught in Morecombe Bay!) and some fish cakes.   Next time we go over, I will plan my menu carefully and buy some of their wet fish. 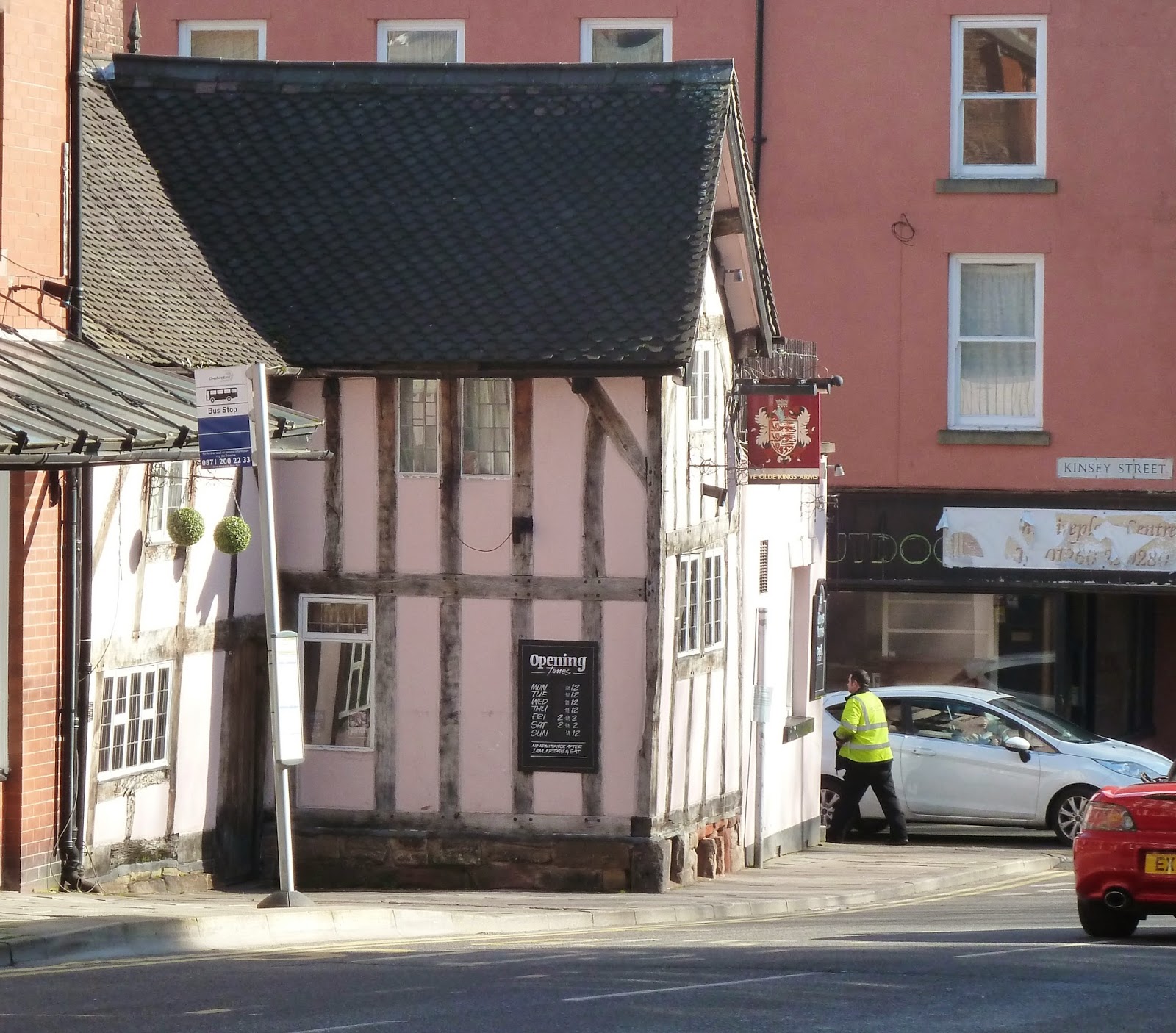 There are some old buildings still standing  - above is the Counting House, now a Bank, and just above here is a very old public house.   It always amazes me how small these old houses look - they are totally dwarfed by  the modern buildings either side, which actually are not particularly large by today's standards.    I imagine the adult people were perhaps smaller on the whole, but that little pub has two stories! 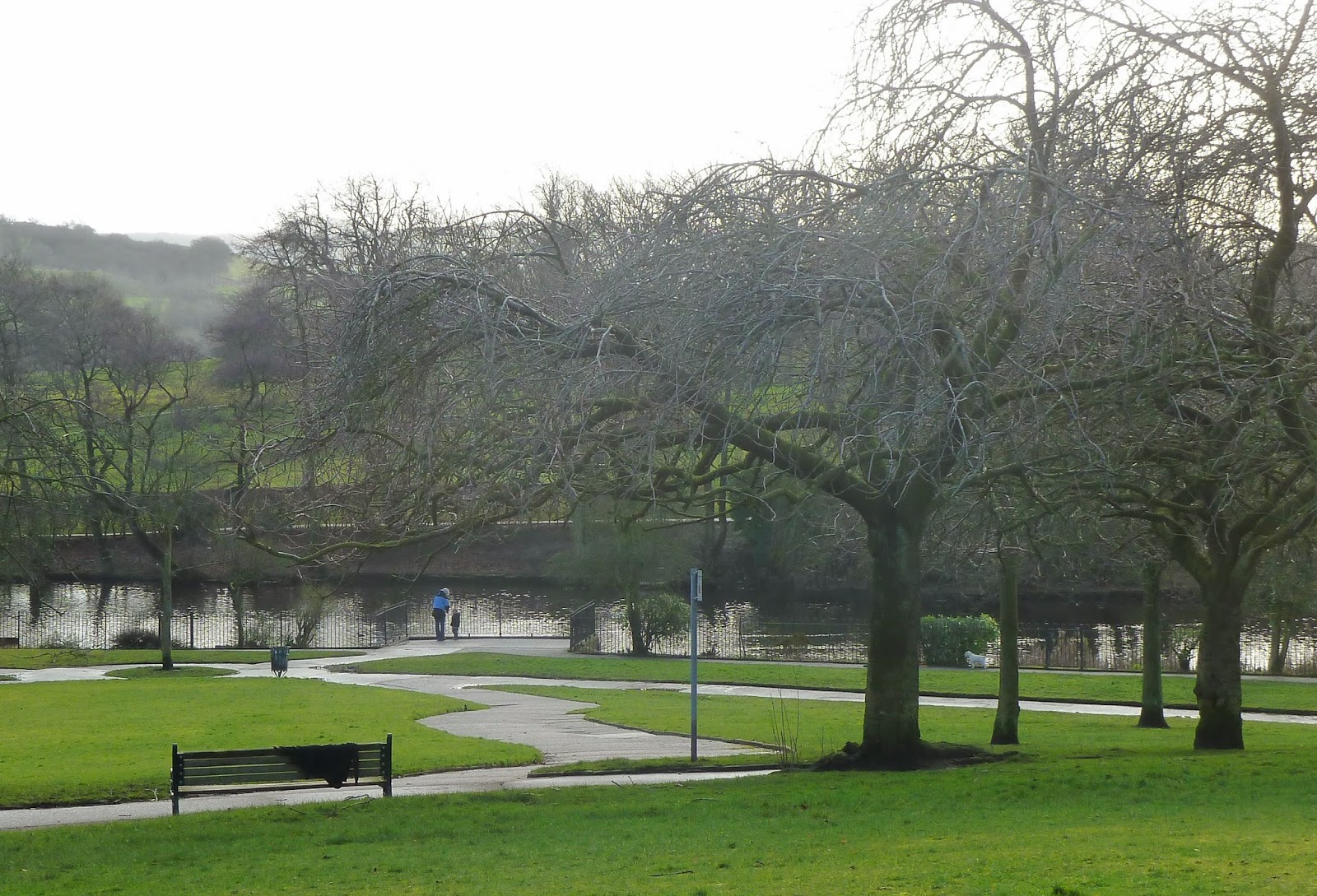 Back in the Park, feeding the ducks is as popular as ever!   Those ducks seem to thrive on nothing but bread! 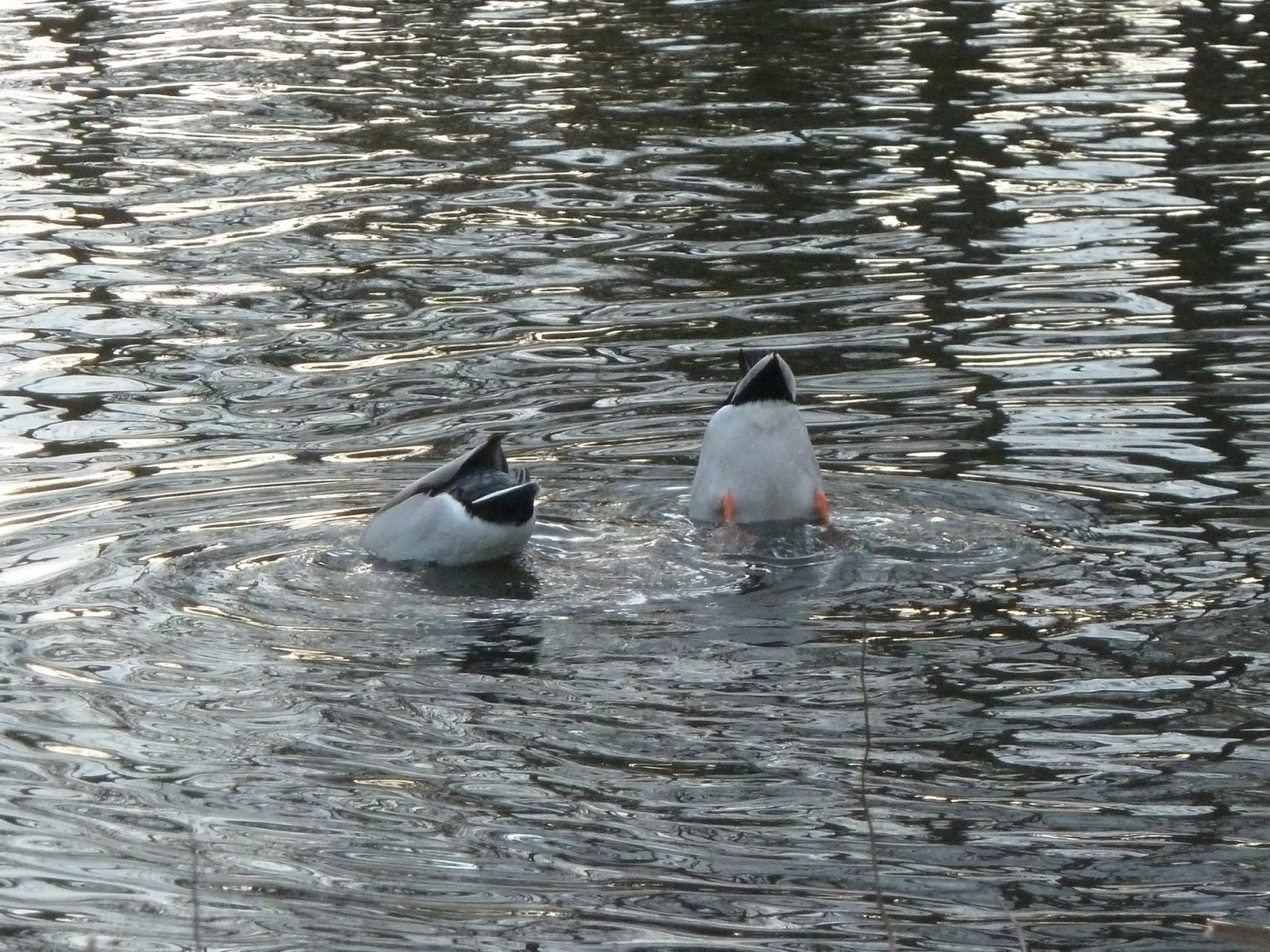 Though they do dive for other titbits!

Now we are getting older, we seem to find it difficult to raise enough enthusiasm for "going out". Eating out is not easy - Mr.G is diabetic, and I am trying to lose a bit more weight, but hopefully with better weather coming, I can persuade him to get out to some of the surrounding towns.   He enjoys looking for odd bits and bobs in the Charity shops, and I just enjoy an y shops, just prowling round, and taking my camera to find the odd shot!

Maybe April's post will be a bit more scintillating and literary!
Posted by Gilly at 11:56 4 comments: