A sunny Saturday morning tempted us out at last after all the dreadful cold weather!    Leek is a small market town in Staffordshire, and has a good Flea Market on Saturdays.   It's about a half hour journey from home, and though we knew perfectly well its higher than we are, being in Staffordshire Moorlands, I was amazed to find that there were still big piles of snow at the roadside on the highest, twistiest bit of road.   It must have been very bad up there, where the road was on the north side of the hill, and I suppose never saw the sun.   I would have liked to have taken a photograph, but I was driving at the time! 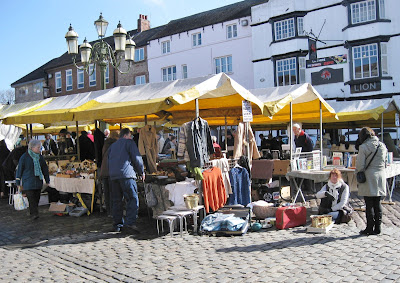 The market is held in the Market Square (where else??) and there are stalls selling all sorts of items. 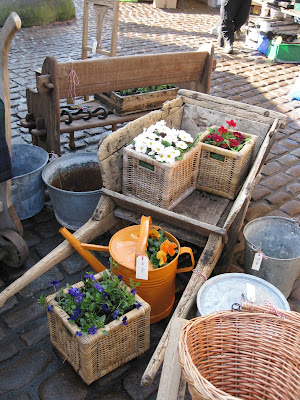 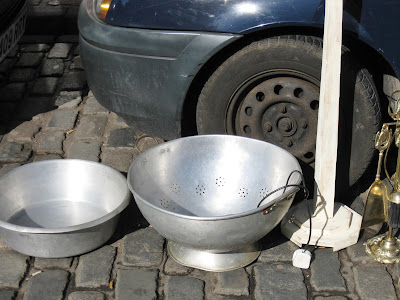 Things for the cook  (and that the biggest colander I have ever seen!) 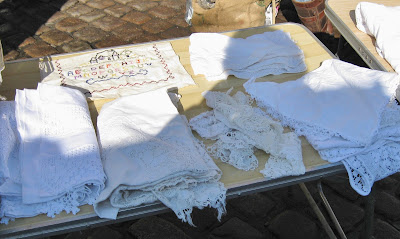 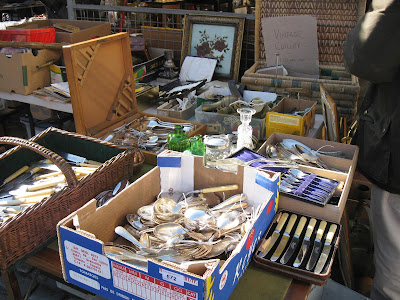 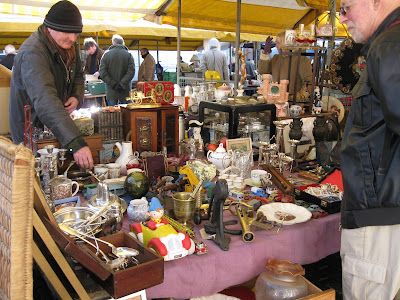 And just all sorts.   There were also "bits for the boys" like model soldiers, tools, a jumble of keys, hooks, washers, grommets and things I don't know the names of, but I didn't shoot those! 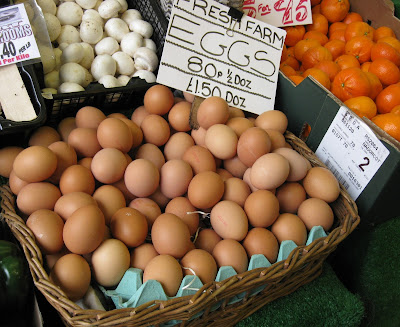 There's a good Greengrocer, who flows out into the market place with a couple of stalls, and where I saw these really yummy eggs. 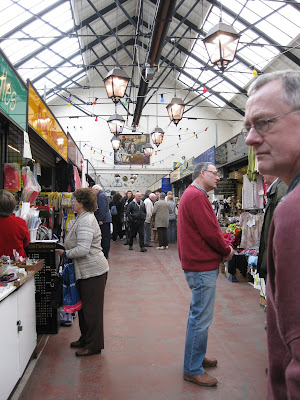 Inside in the old Butter Market, these are lots of permanent stalls, books, needlecraft, cheese, fish - you name it.    There is also an old painting on the wall, presumably showing the merchants trading. 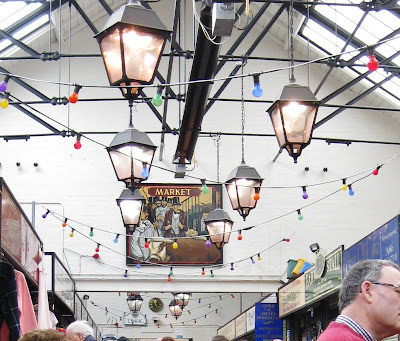 It was very difficult taking photographs inside, so I went out, bought two packs of strawberries, three mangoes and some new potatoes from Cyprus, which are a sort I particularly like.

Weighed down with this lot I went back to the car, where I met Mr.G who was laden with books, and we drove gently home to lunch.

Although we found it tiring, I really enjoyed it, as I haven't been out much all winter, and it was really good to see the countryside again, even if there wasn't a breath of green along the hedge and there was still snow in the fields.    But there were lots of lambs around, so maybe the farmers didn't have the really bad experiences farmers elsewhere did.