A BIT PAST THE NEW YEAR !

I fully intended to post this soon after January 1st, and wish all my readers (if I have any left by now) a Happy New Year!

However, we are well into January now, so I suppose it is a bit late!   I thought I'd post some of the photographs I took over last year, some good, some not so good.

Last winter, in contrast with this winter, was very cold and we had a lot of ice and snow.   It was very pretty when it had just snowed, but you can have enough of a good thing! 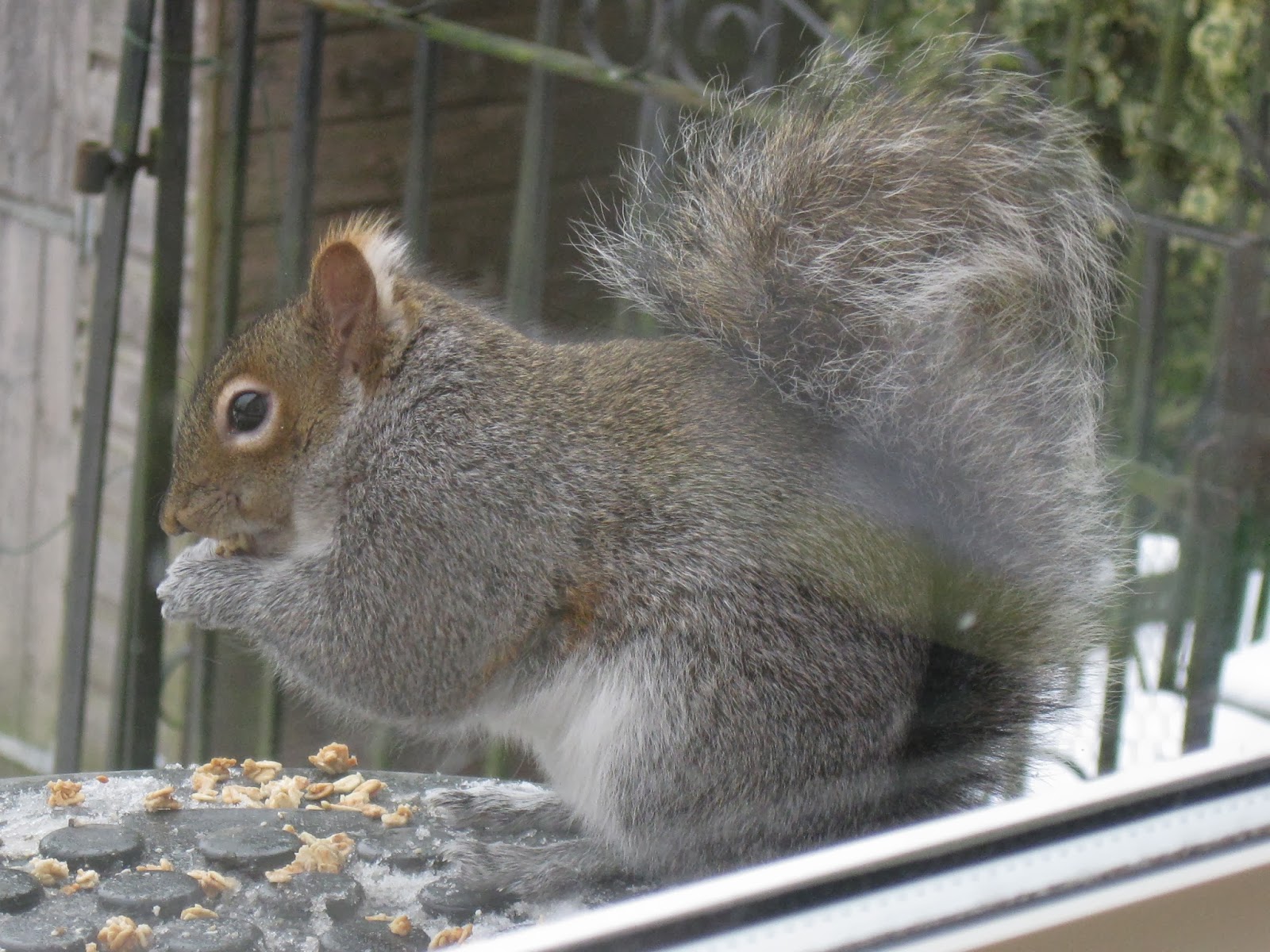 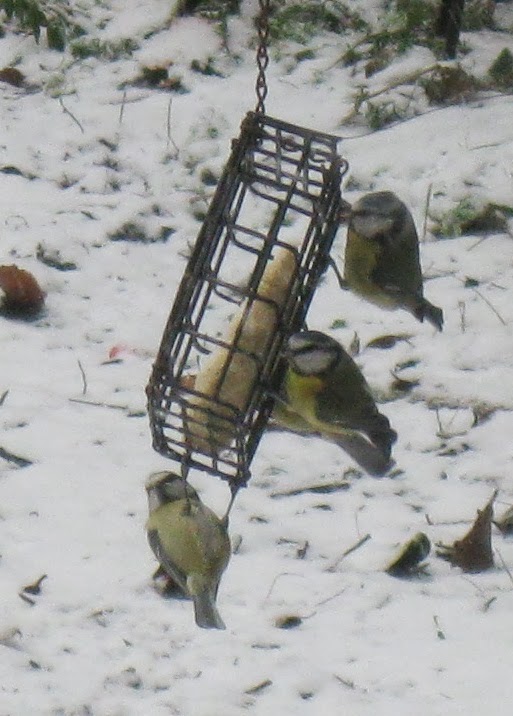 Squirrels and Blue tits amongst a host of other birds, came to feed on the food we put out for them. 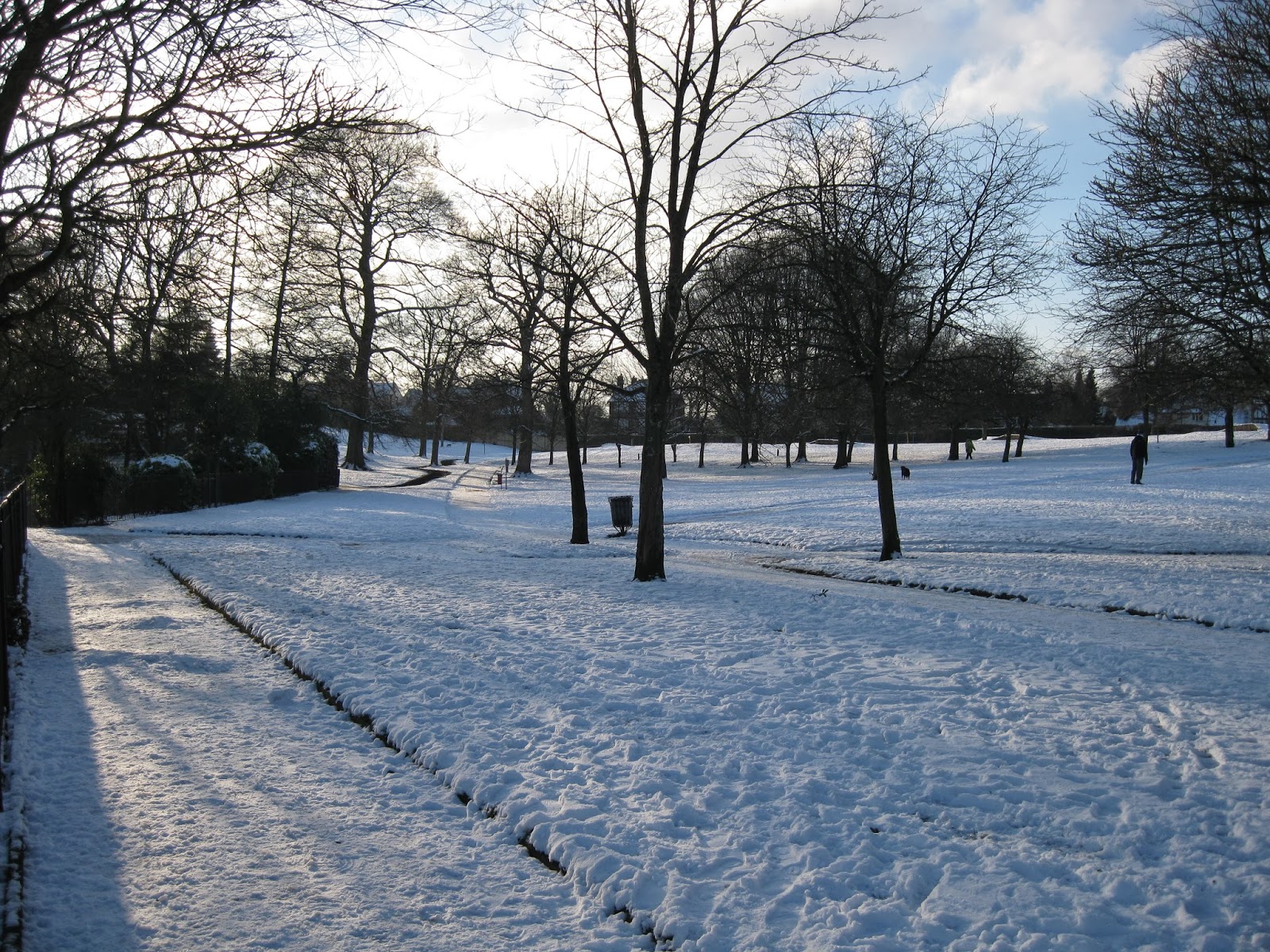 But the Park looked very bleak! 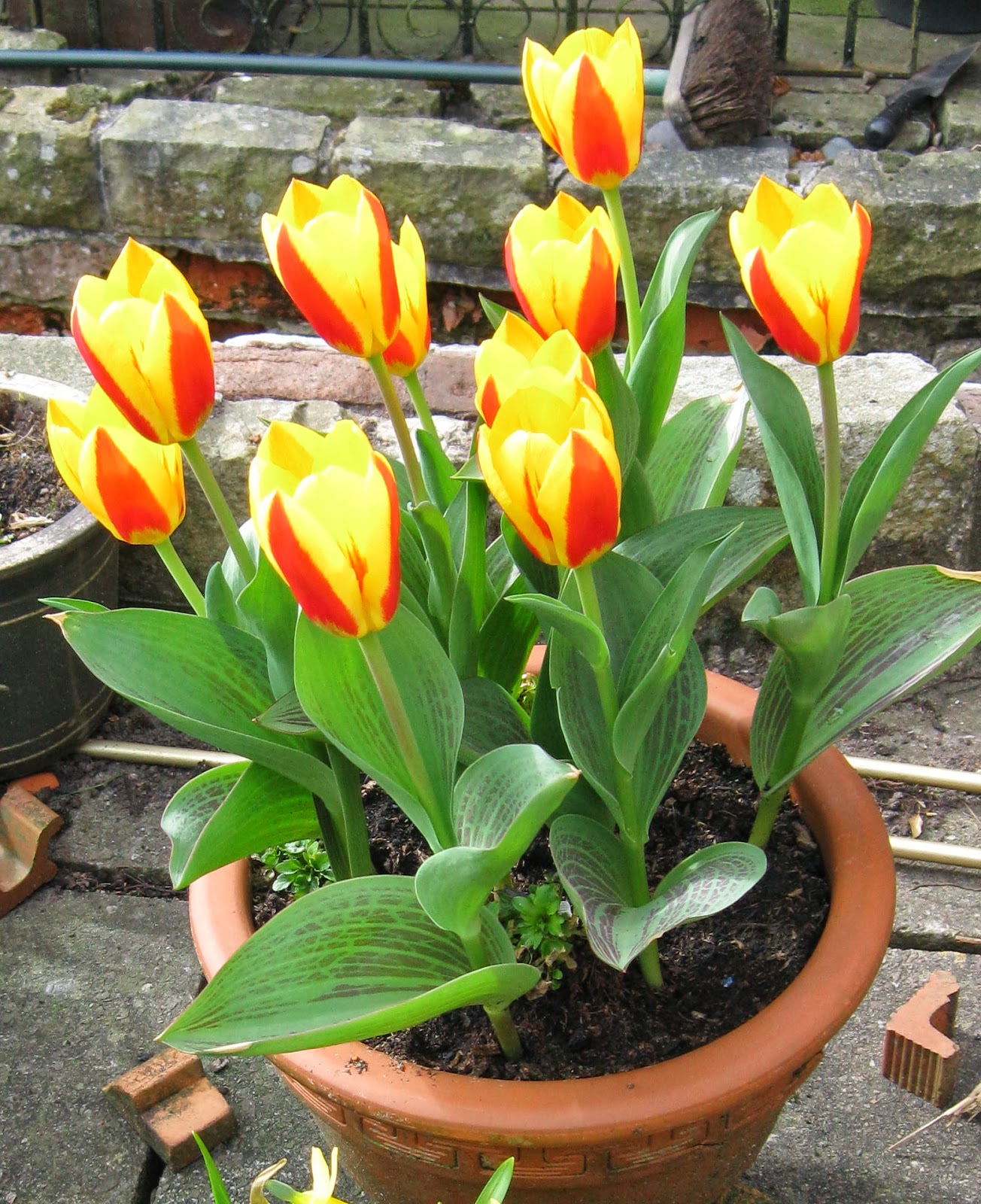 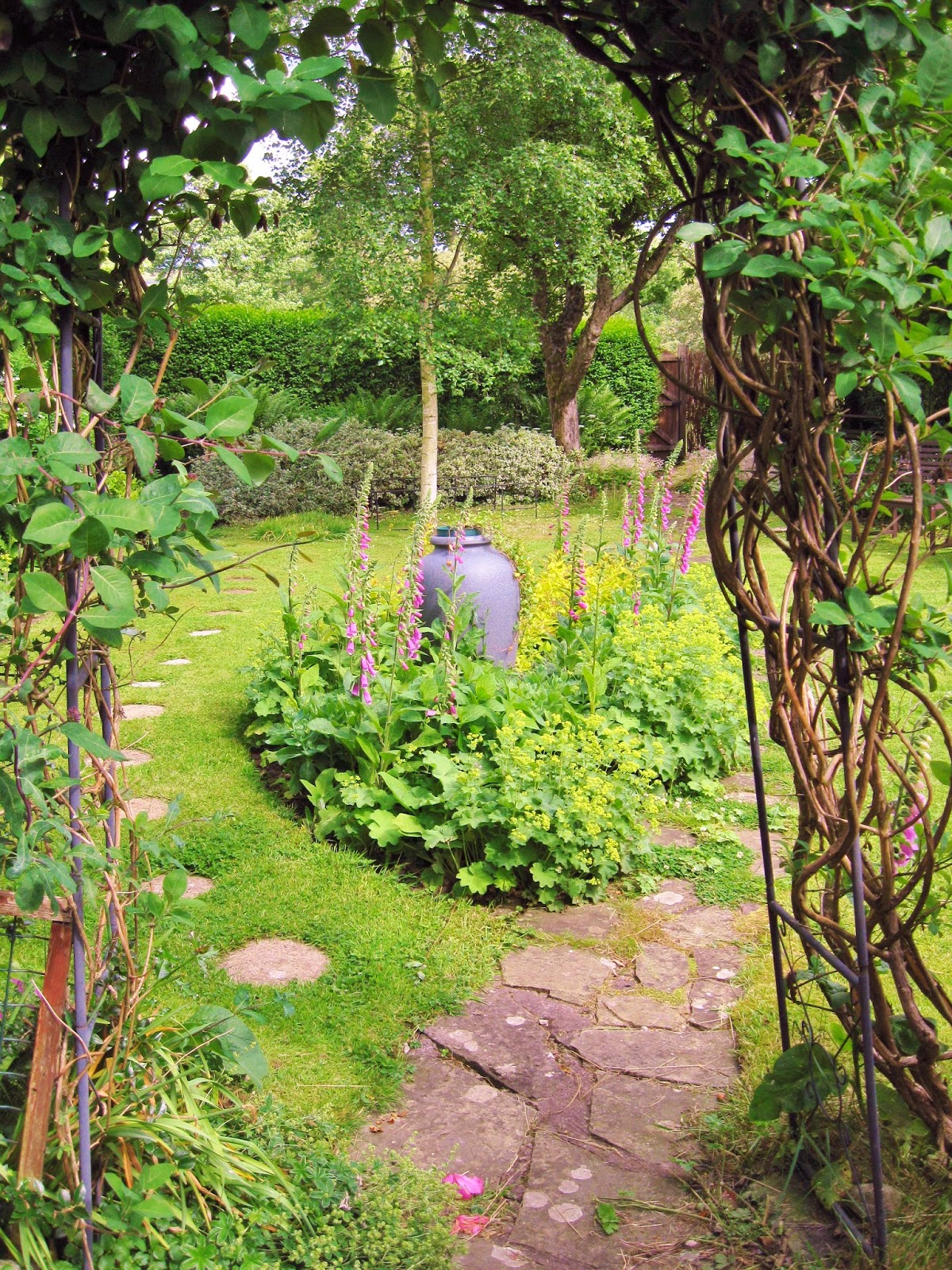 Foxgloves soon made the garden look a bit more cheerful,  and although the wet summer soaked things, autumn brought some spectacular colours 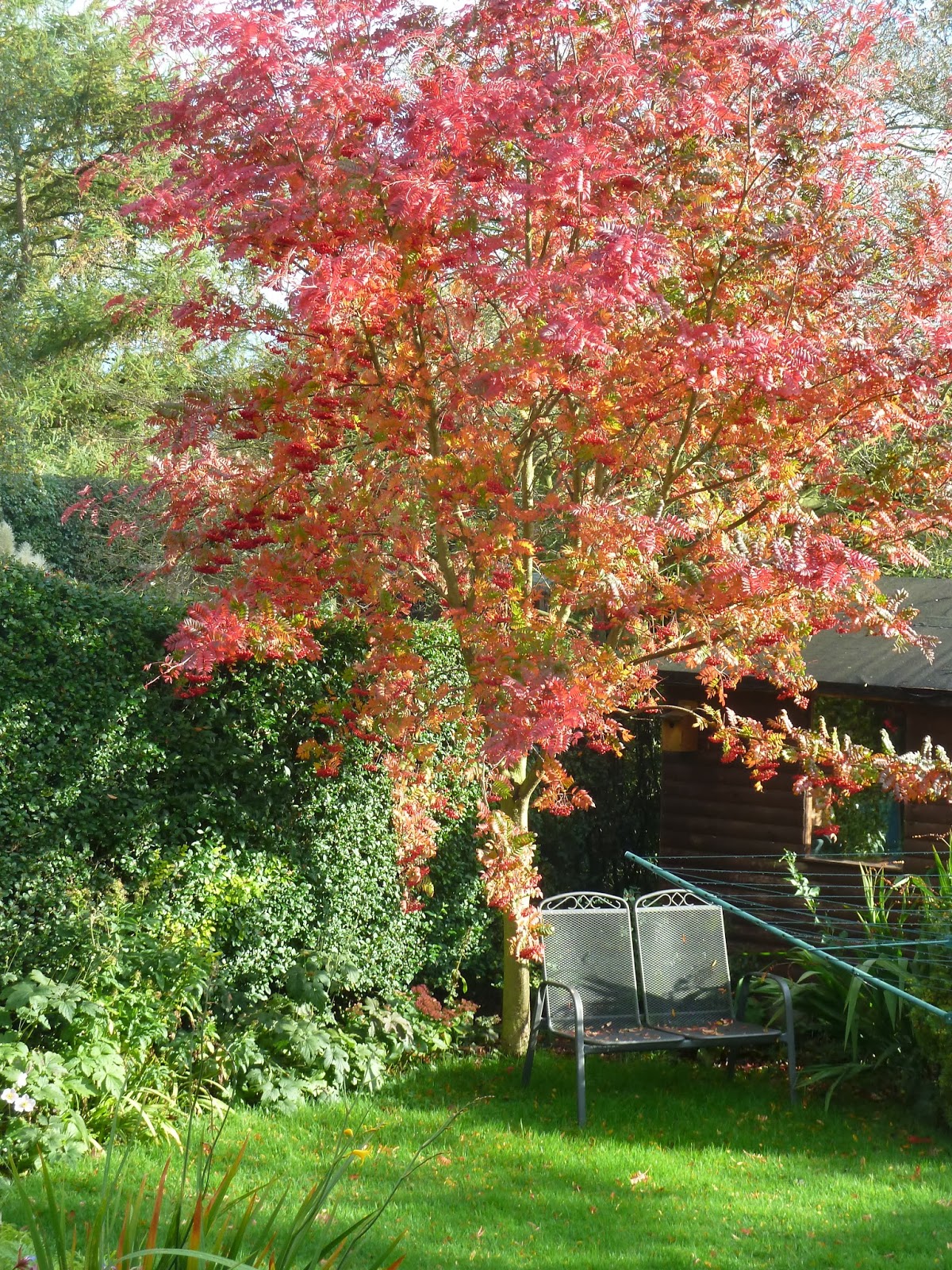 especially on our Chinese Rowan tree, which I found several years ago as a tiny seedling, and managed to coax it to full adulthood! 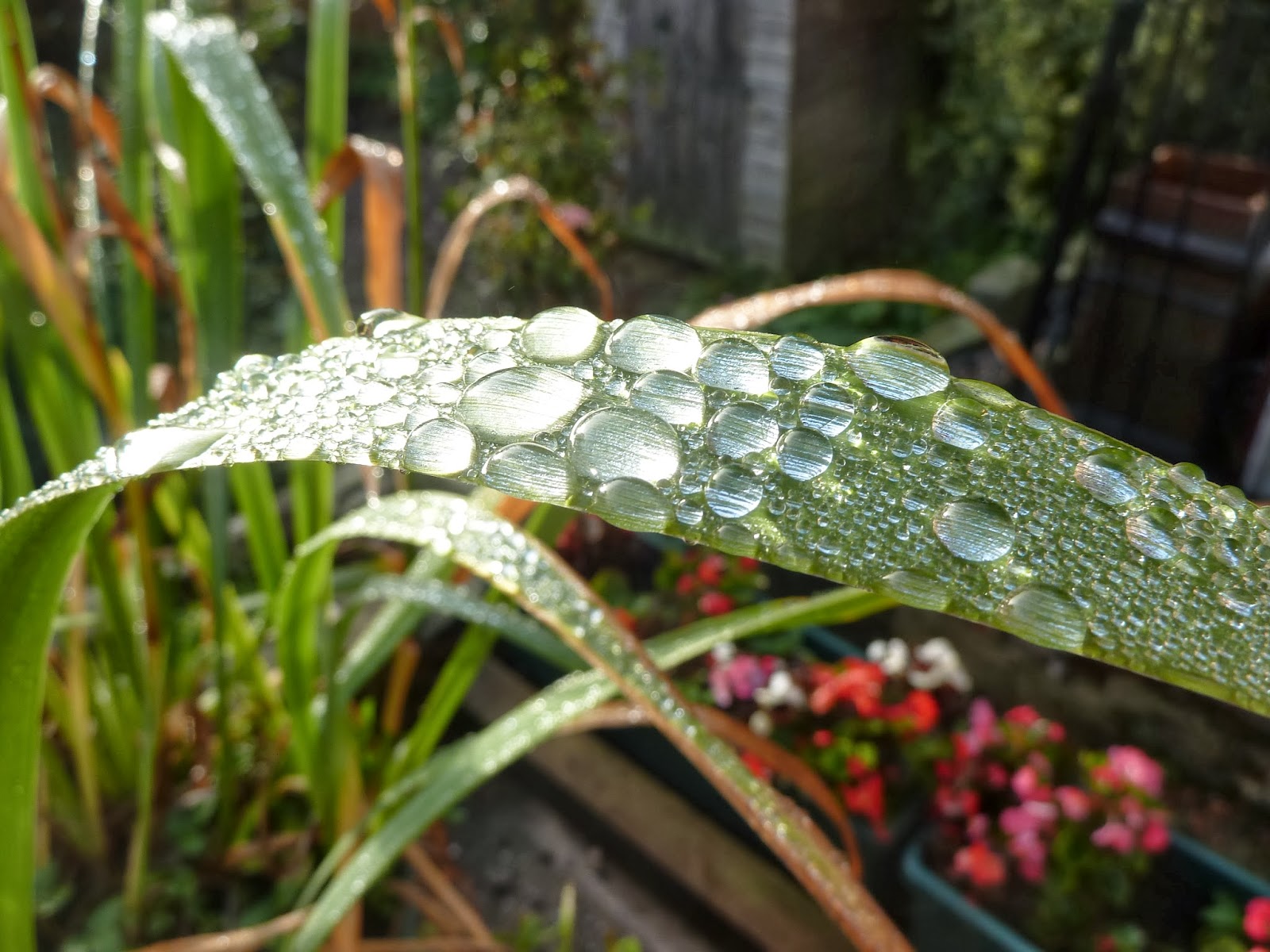 It continued to rain 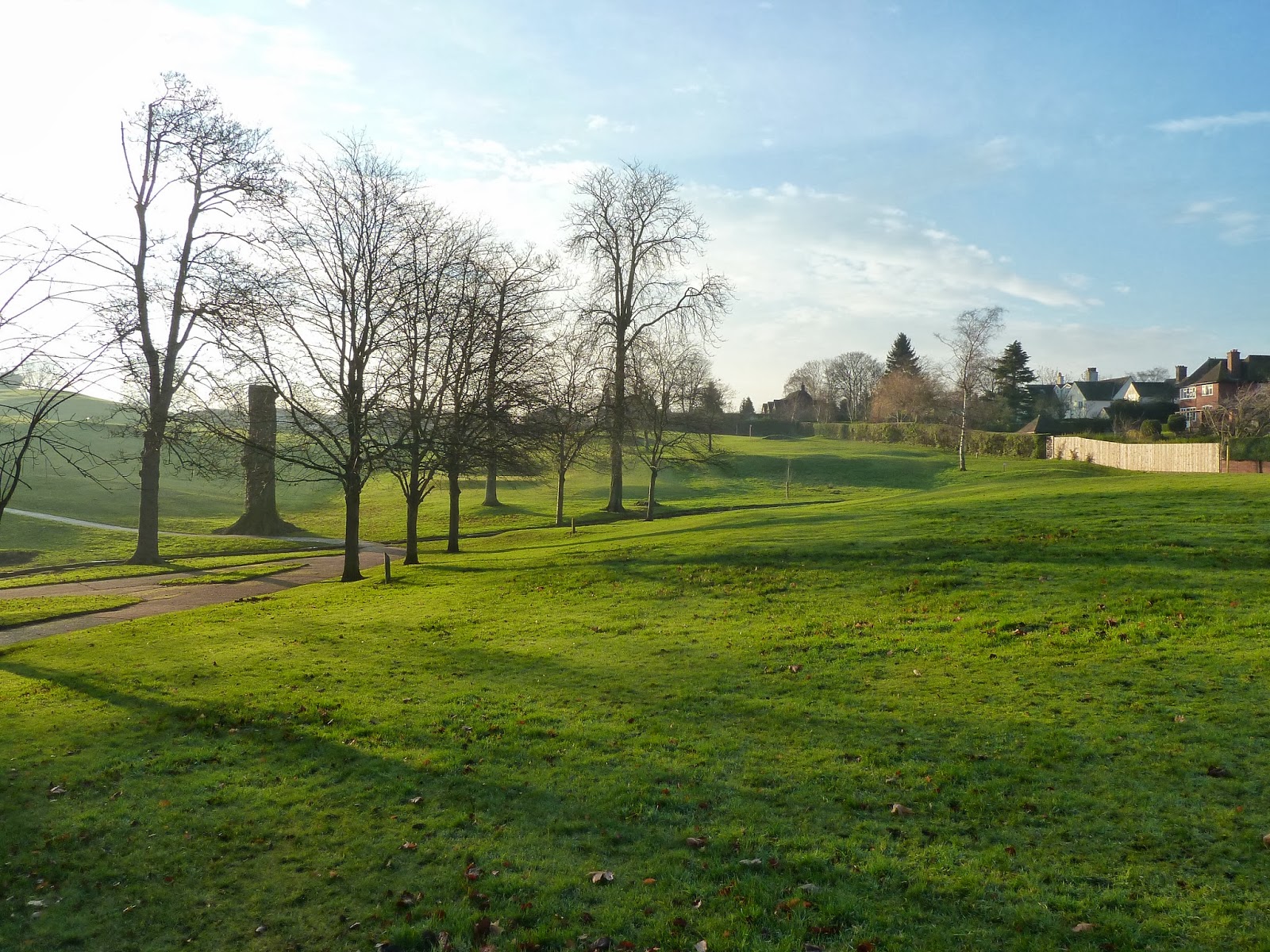 and by December, the shadows were long again over the Park on my morning walks with the dog.

Still, the days are getting longer now, and bulbs are coming up in the garden already.    I have planted a lot of daffodils that were in troughs on the patio so I am hoping that some at least will come up and make themselves felt!

I love tulips, so I have got more planted in big containers on the patio, and have planted the ones that were there last year in the garden.   Unfortunately I didn't make a note of where I put them, so I will have to have a good hunt round in April and May to see if any have survived a second year.

We don't seem to get out much these days, put it down to old age, but I still go to Creative Writing classes.   Well, classes is perhaps a misnomer, we are a very cheerful group of would-be writers and always have a good laugh!   Does you good, laughing.   Its been proved!

Do leave a comment if you read this - its always good to know someone is there!