Tomorrow I will be off and away on the high seas for two weeks. So I have left you with a couple of photos taken in our garden this week of unintended combinations 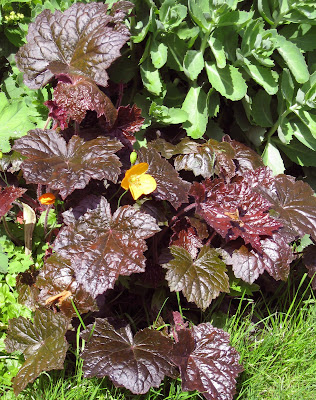 The first is a little orange welsh poppy that peeked through some lovely dark heuchera leaves. 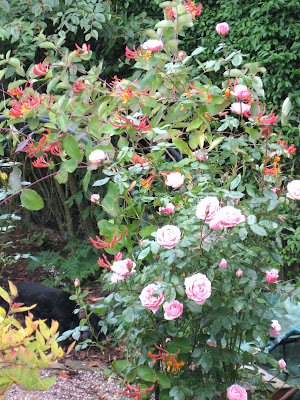 And the second are our pink climbing roses tangled up in our orange honeysuckle! Couldn't reach to prune them, ands anyway they are tied in firmly with the honeysuckle, so I left them! I think they look rather lovely.

OH! I DO LIKE TO BE BESIDE THE SEASIDE !

Just for fun I've dug out some very early photos, taken, of course, by my Father. My grandparents lived in Herne Bay, a seaside town on the Kent coast, so this was my first introduction to the sea. However, beaches are dangerous places, and it being all shingle at Herne Bay, not too attractive! So here I am, feeding the ducks in the park. Note the leggings, sweet little coat, etc. About 1935 or 1936 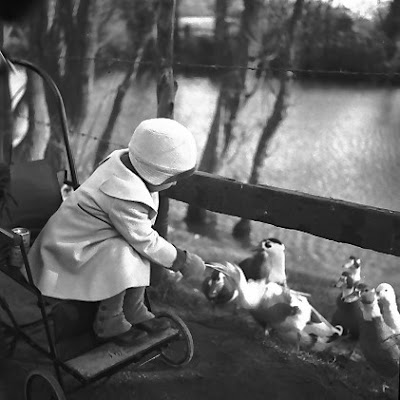 Another seaside place we went to frequently was Cromer, another seaside town on the Norfolk coast. Could be decidedly chilly there, but for those brought up in Herne Bay, like my Mother, it was nothing. (Both Cromer and Herne Bay faced north, across the sea. Nothing between them and the North Pole,it was said!) 1936,I think

However, I was apparently good at shrimping! 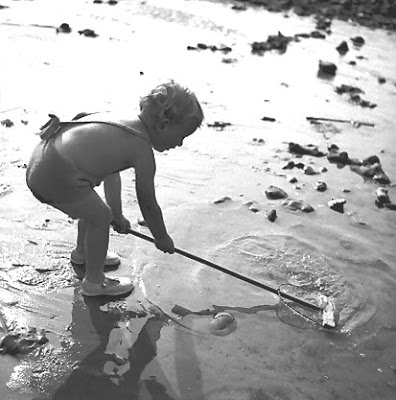 And shopping. Don't you love the fashions! 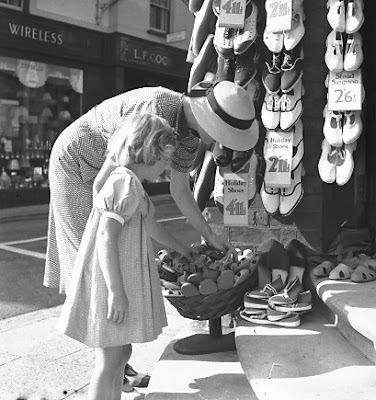 By 1938 I was old enough to start modelling for my Father! 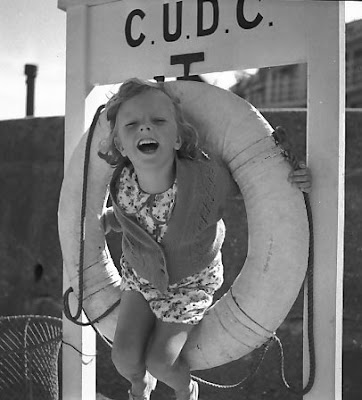 in 1949 we went to Southwold, a lovely little town on the Suffolk coast. This is a rare photo of my mother, plus me and my sister. 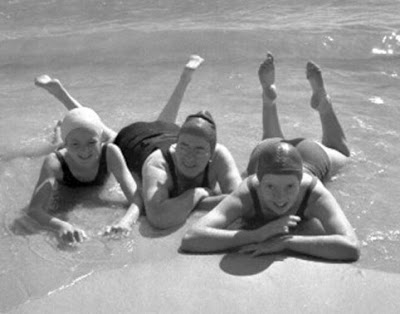 In 1950 I was a sulky teenager, interested in boys, but heavily chaperoned by family! This is a family and Friends group at Cromer. I rather liked the boy at the back, but he wasn't in the least interested in me, though I passed muster for the odd visit to the fair, etc.! 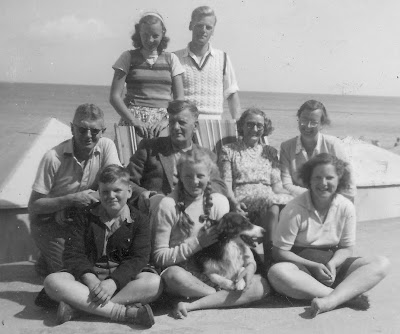 And lastly, in 1954, more or less grown up, me, my friend Margaret and my sister at Herne Bay standing in the sea. Can't think who took the photo unless it was my Aunt or Grandfather who we had obviously gone to visit. 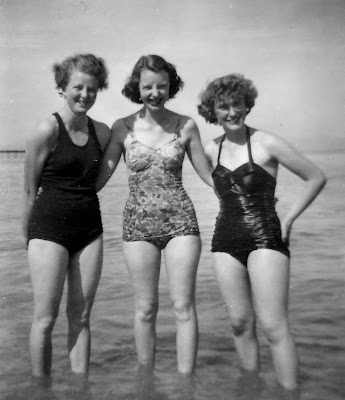