Oh dear!   Its so long since I last blogged!   Just haven't been around lately, for various reasons, I will be very surprised if I still have any followers!

But we did go round Scotland, and come down the east coast of Britain, down the north sea - fortunately calm on that occasion - and make our way to Southampton via Le Havre, on the French coast.

Our first port of call was Invergordon.   We had been there before, and didn't want to take any excursions to Inverness, beautiful town though it was, or to try and see Nessie at Loch Ness!   So we stayed in Invergordon, and had a proper look at the town, which totally amazed us! 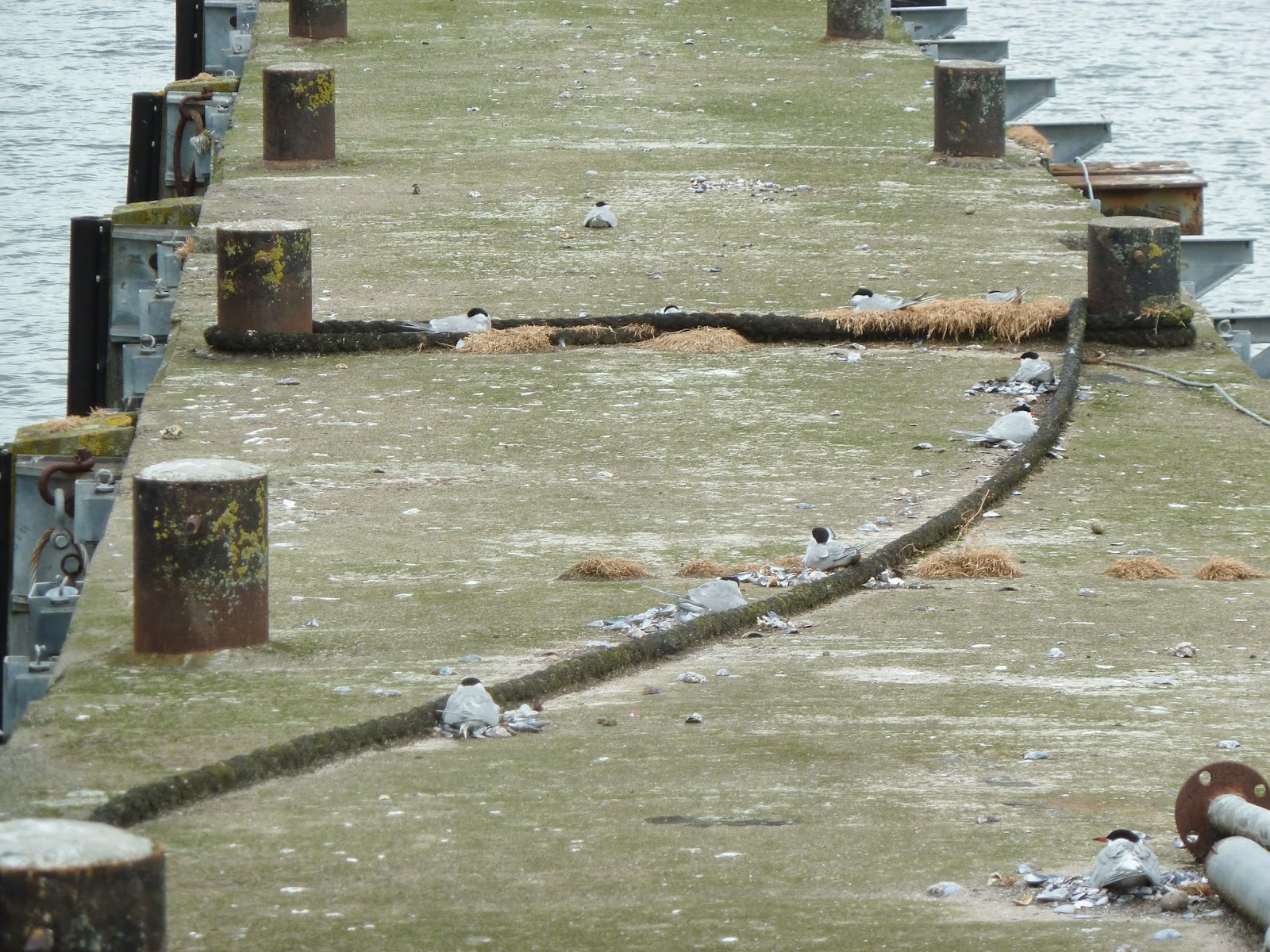 The first thing that amazed us were nesting terns on a disused pier which ran at right angles to the very long pier we berthed at.   Three thousand passengers passing close by didn't faze them in the least! 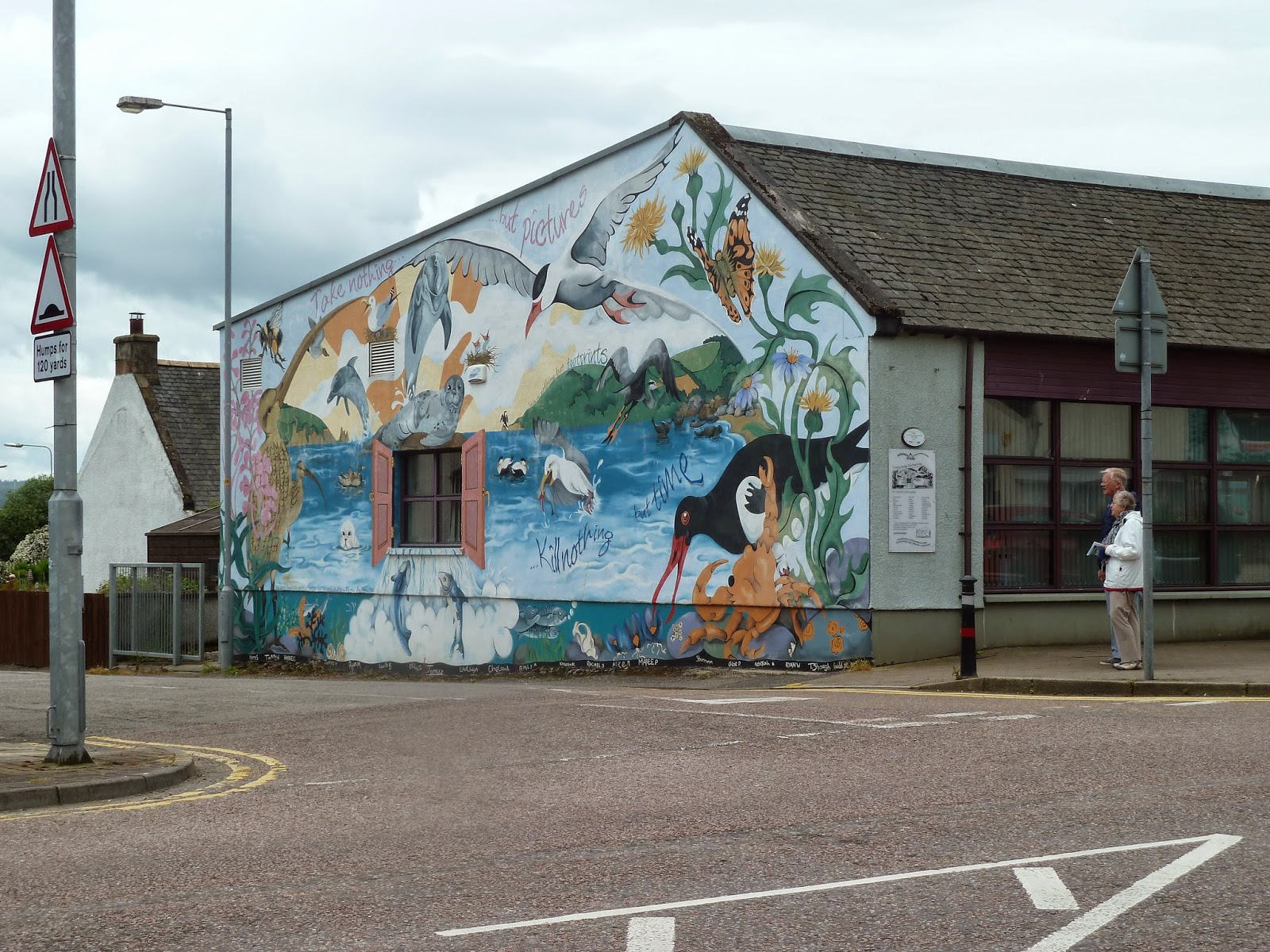 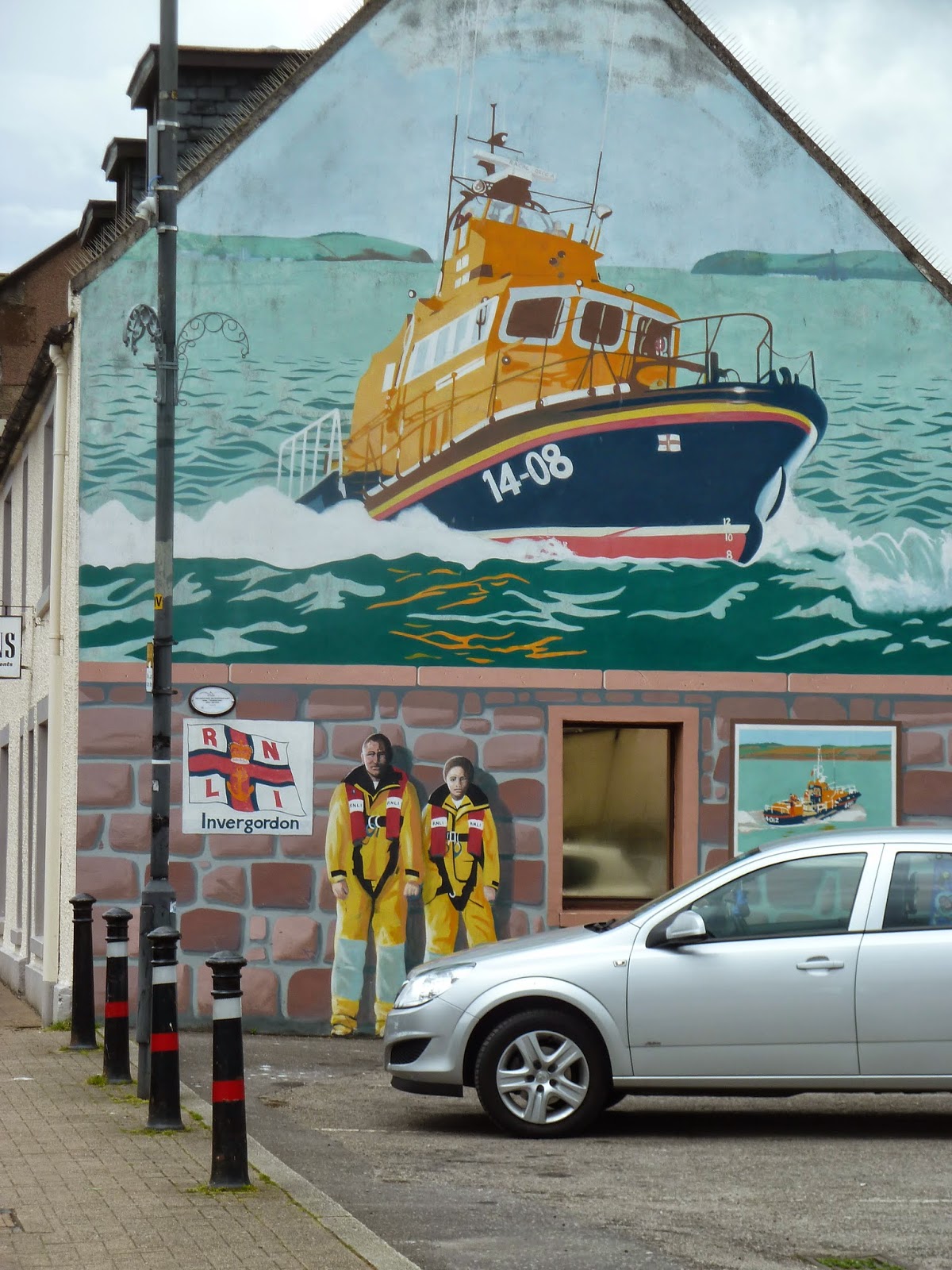 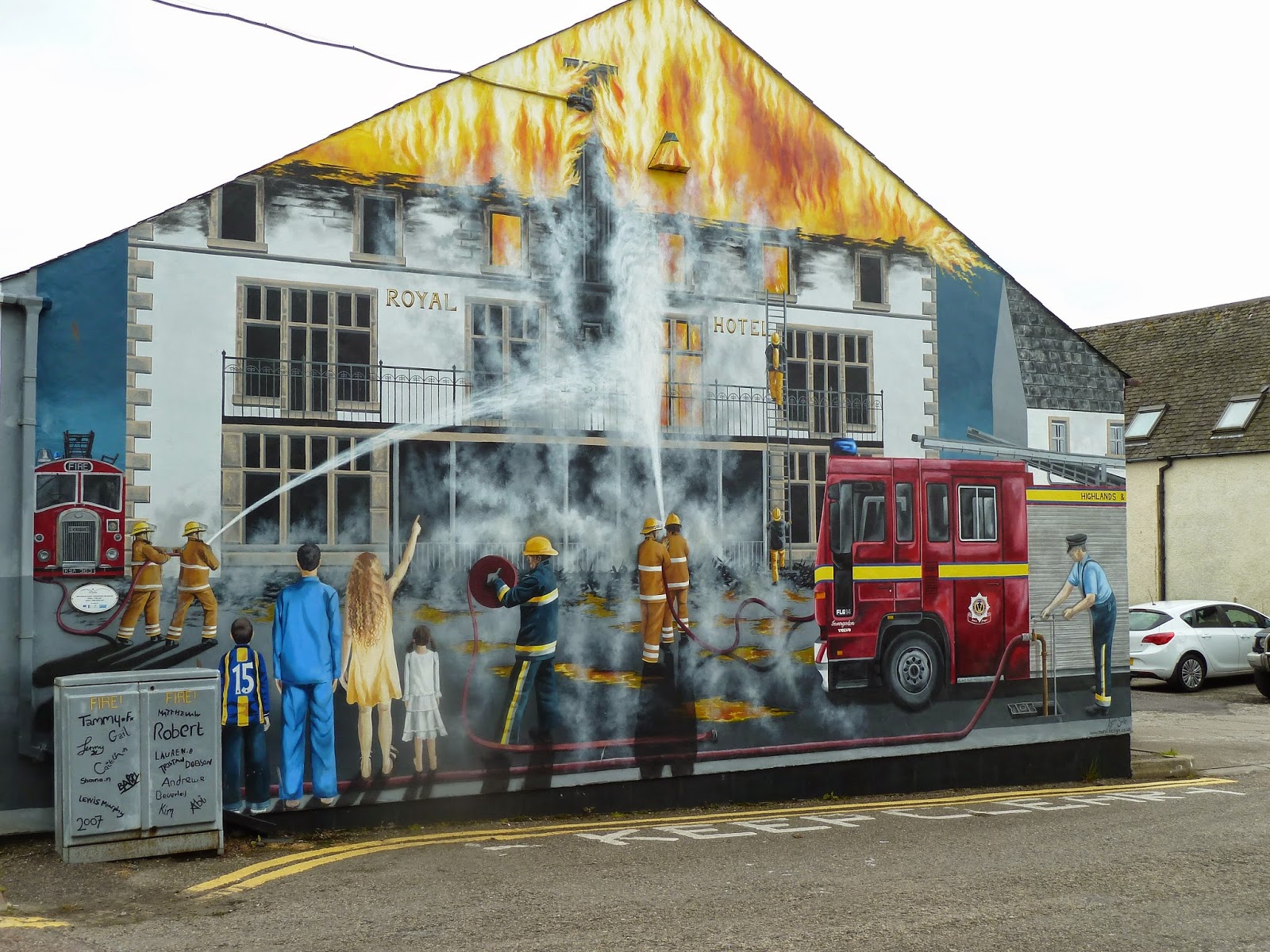 Secondly were the fantastic wall art painted on the gable ends of many of the houses.   They were all expertly done and very realistic, and far more than I can show here!

We then went on to South Queensferry, where we berthed ready for a trip to Edinburgh.   We found a handy tour bus which took us right into the centre, for a very reasonable price (far less than the Cruise ship excursions!)   it was unfortunately a bit wet there, but we walked down Princes Street, to the famous monument and back up the Princes Street Gardens, which were very lovely, with the Castle looking down at them. 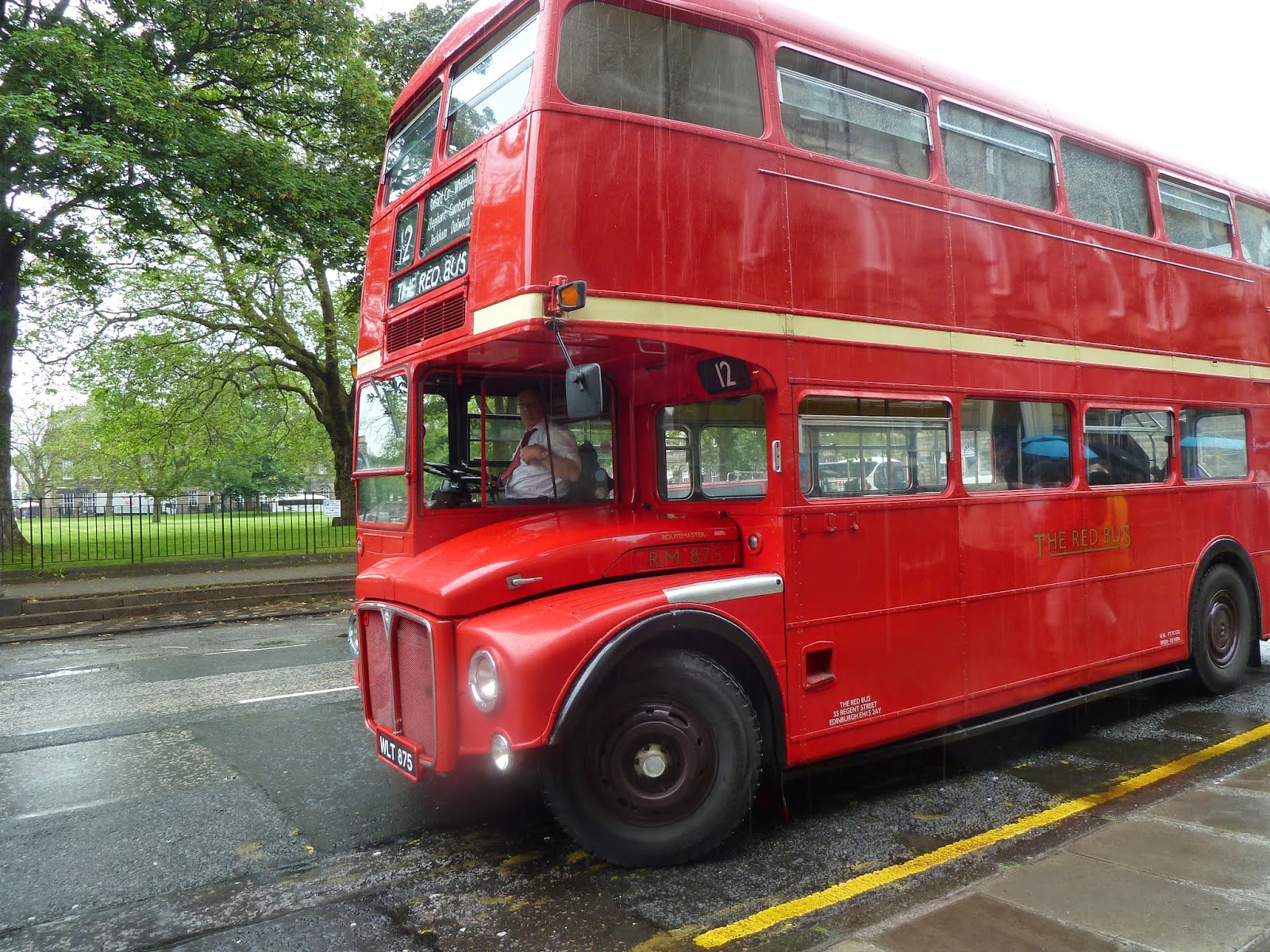 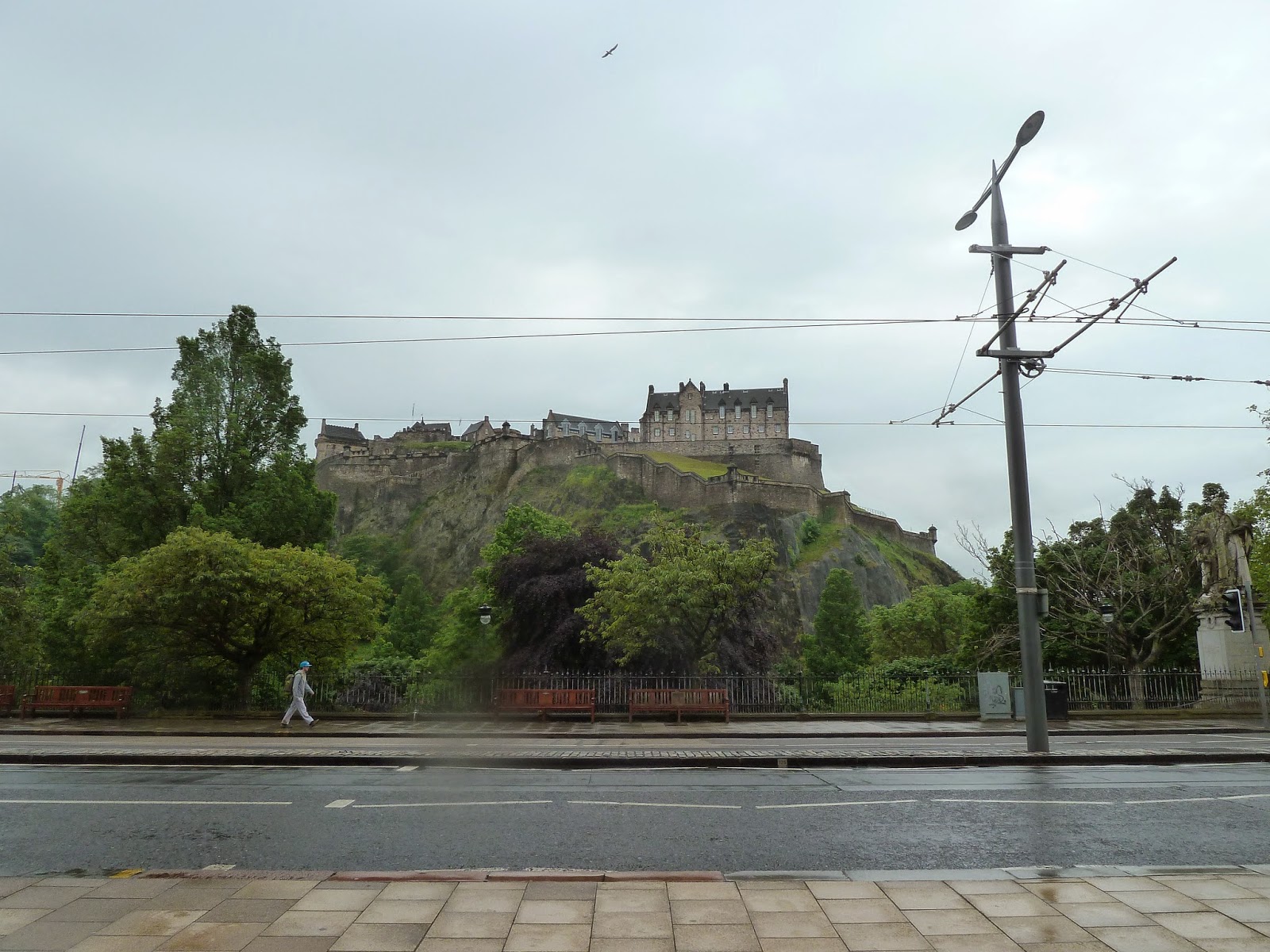 The Castle from the Bus 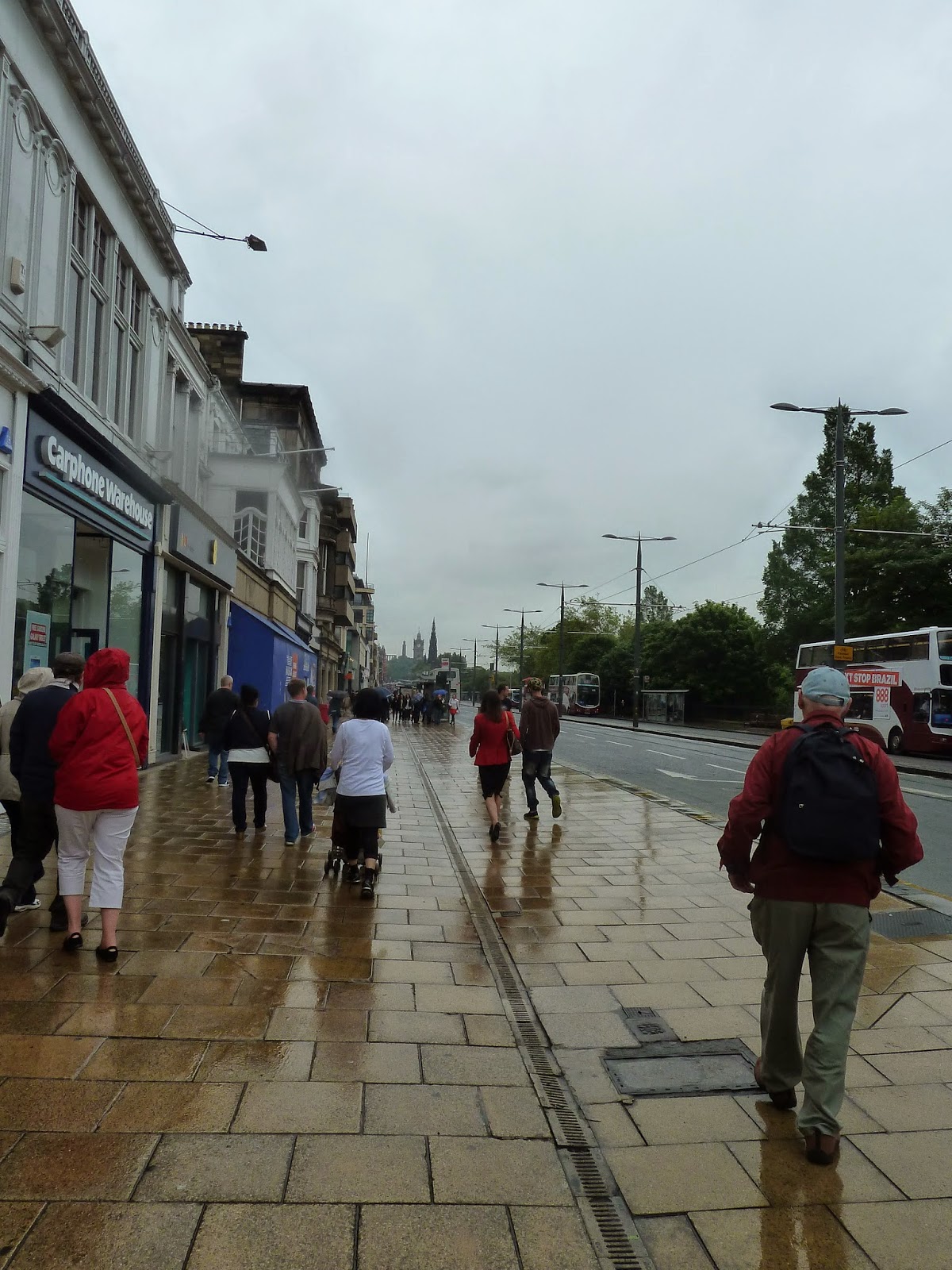 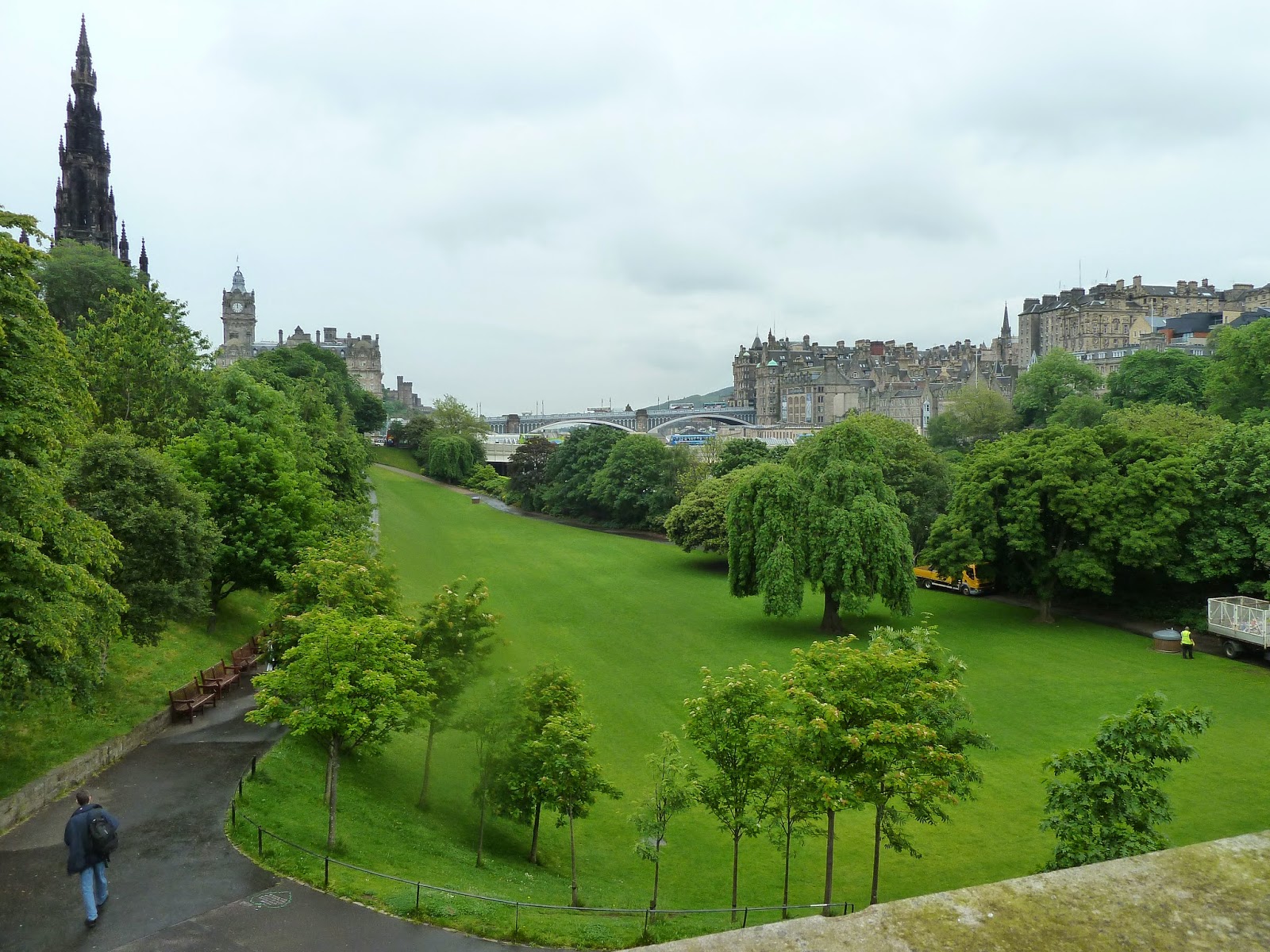 The Lovely Gardens, with the famous Monument on the left.

From Queensferry we went down to Le Havre, and took an excursion into Rouen, which was  a fantastic town.   We had a guide, who led us through little medieval streets, which were always dominated by the cathedral.   Inside the cathedral were statues of saints, and a lot of history, which was hard to take in, there was so much to see.   I can't really do justice to Rouen and its cathedral, but have chosen just a few photographs. 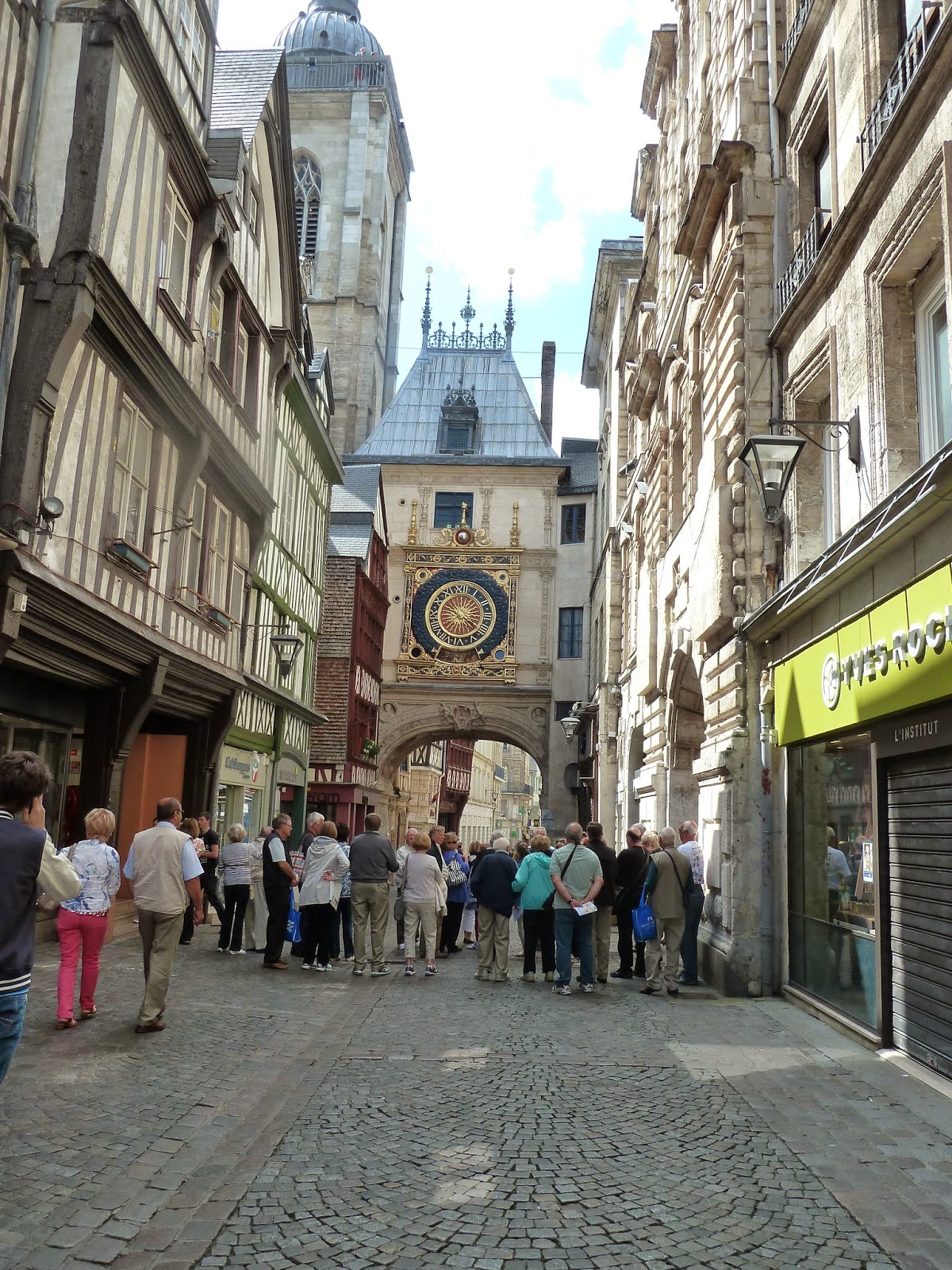 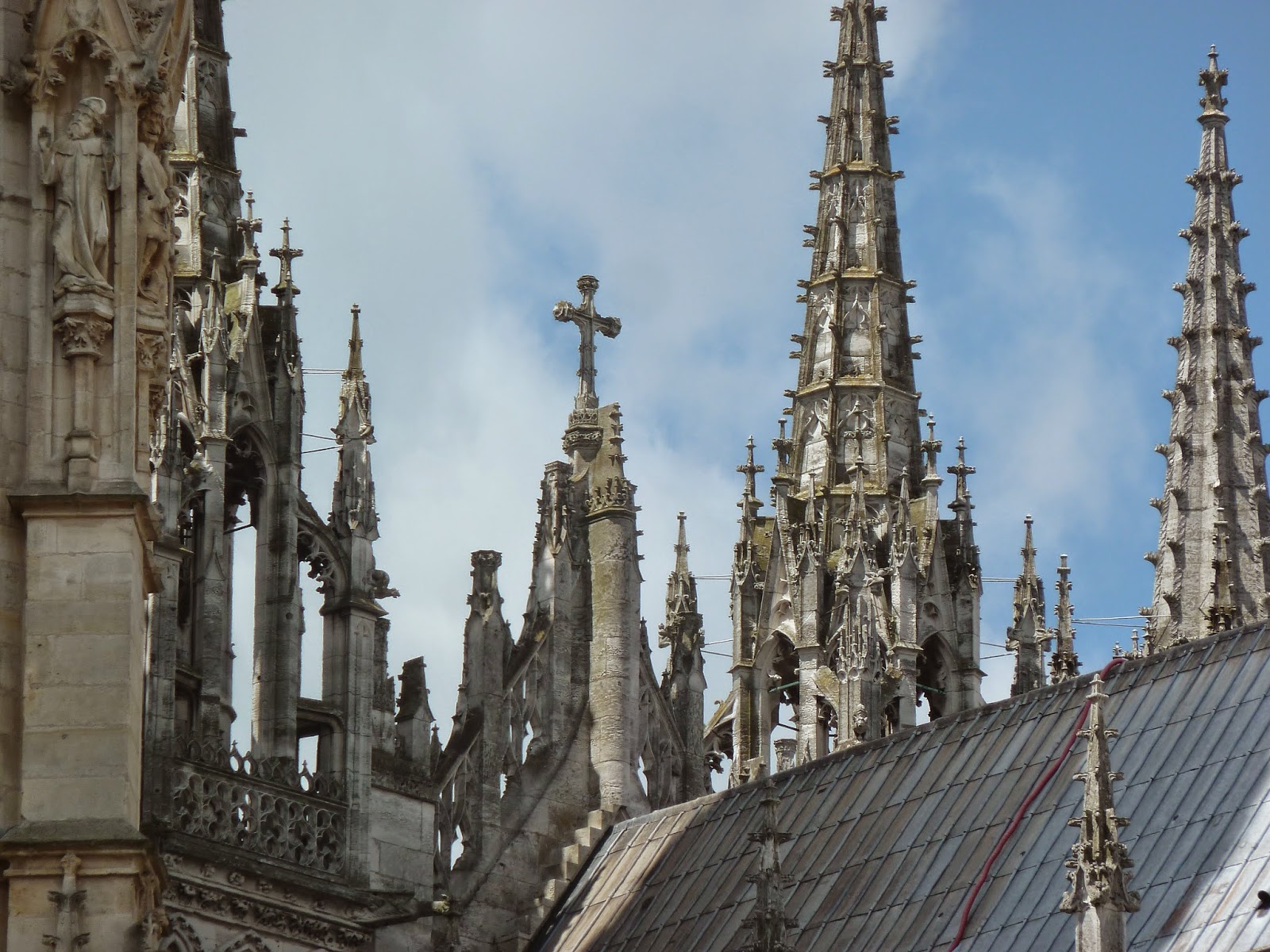 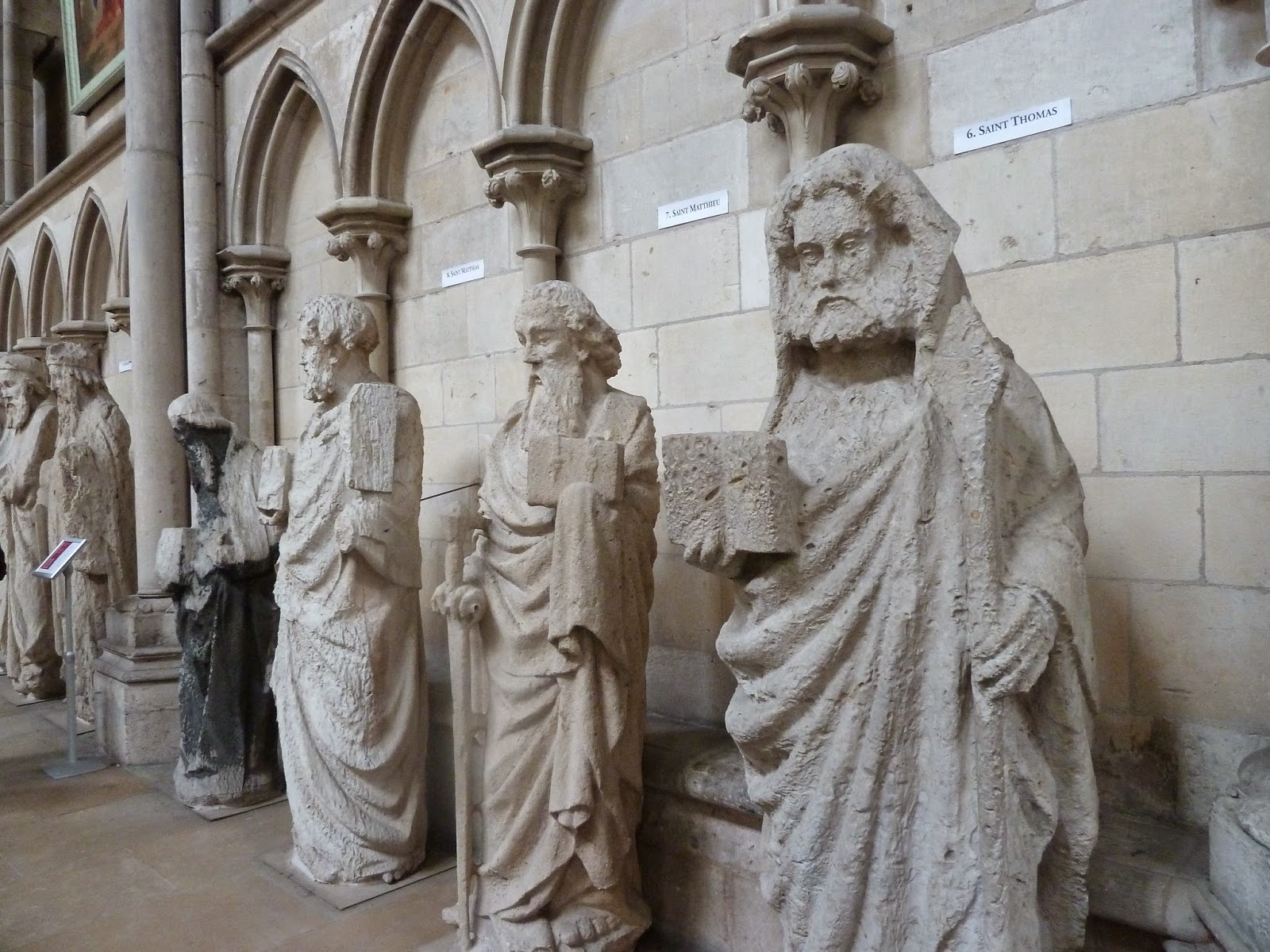 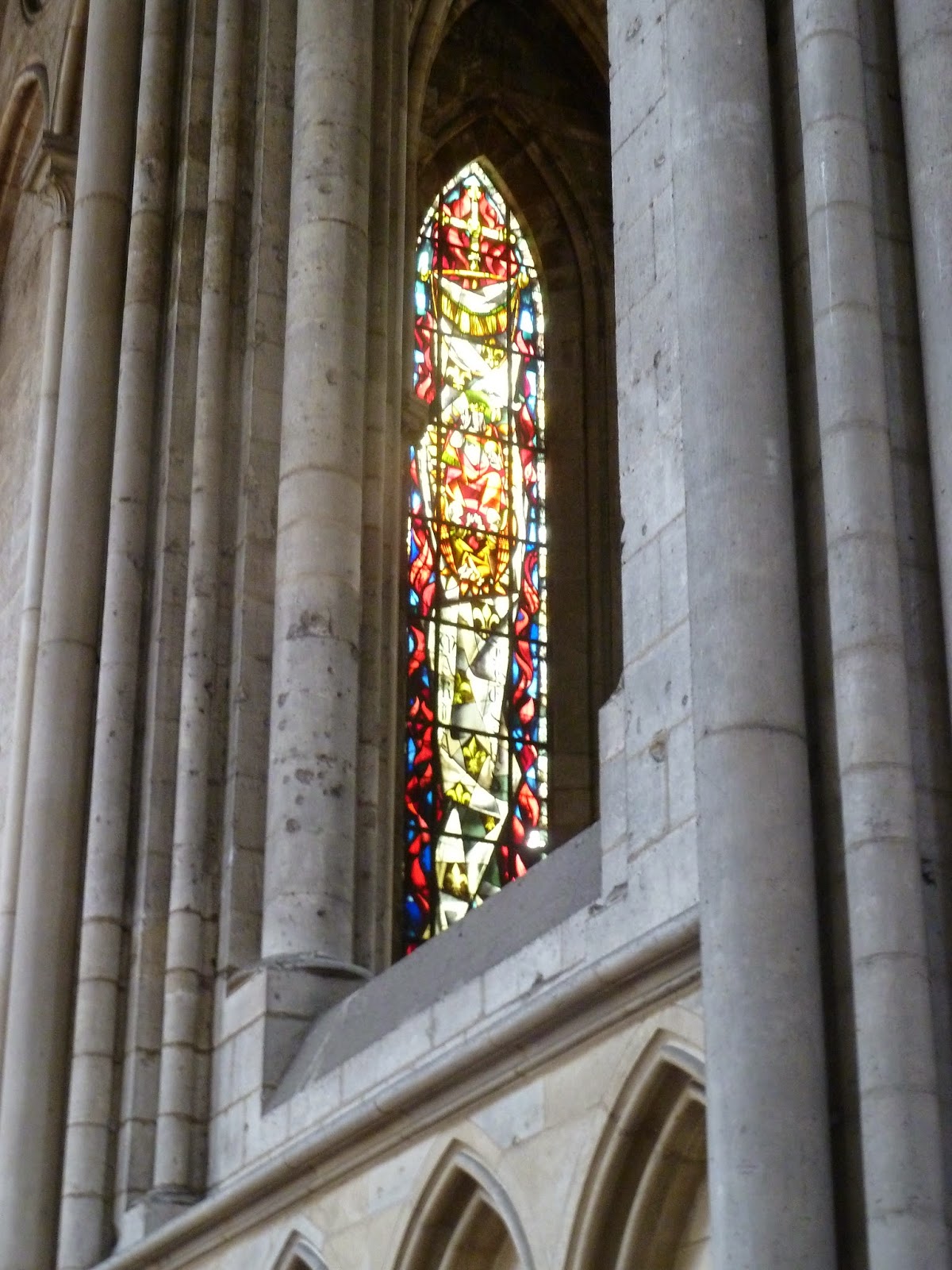 After all that, it was Southampton and a very crowded train journey home!   I don't know if we will do another cruise, and I certainly don't want such a big ship again - too much walking to get anywhere!   But we are tempted...........

And hopefully it won't be so long before I blog again!
Posted by Gilly at 10:40 3 comments: